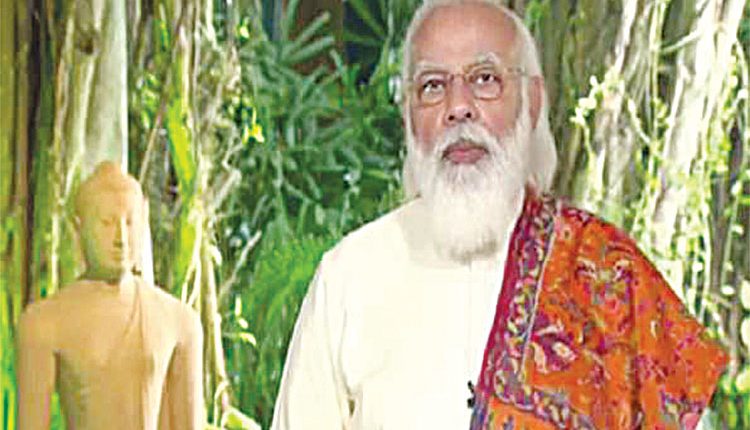 New Delhi, Dec 21 (Agency) Prime Minister Narendra Modi on Monday called for a human-centric approach that is in harmony with surroundings to change the paradigm of growth and said discussions on global growth should include a broader spectrum. ‘’Now is the time, more than ever before, to change the paradigm on what we see as growth. Discussions on global growth cannot happen only between a few. The table must be bigger. The agenda must be broader.

Growth patterns must follow a human-centric approach and be in harmony with our surroundings,’’ the Prime Minister said in his address at the sixth Indo-Japan SAMVAD Conference. He said present actions would determine future discourse and coming decades would belong to those societies that place a premium on learning and innovating together. It would be about nurturing bright young minds who add value to humanity. Describing innovation as the ‘’corner-stone’’ to human empowerment, the Prime Minister said learning should be such that furthers innovation and societies that are open minded, democratic and transparent are better suited to innovate. SAMVAD, started in 2015, is an Indo-Japanese Forum to promote the ideas and ideals of Lord Buddha, especially among the youth. It encourages dialogue and debate, highlights shared values of democracy, humanism, Ahimsa, freedom and tolerance and carries forward the ancient tradition of spiritual and scholarly exchanges. Regretting that Lord Buddha’s message, even after spreading out from India to many parts of the world, had not remained static, the Prime Minister proposed creation of a library of all traditional Buddhist literature and scriptures in India to provide appropriate resources for research an study.

The library would collect digital copies of all Buddhist literature from different countries, translate them and make them freely available for all monks and scholars of Buddhism. The library would not only be a depository of literature but would also be a platform for research and dialogue—‘’a true SAMVAD between human beings, between societies, and between man and nature.’’ Its research mandate would also include examining how Lord Buddha’s message could guide our modern world against contemporary challenges like poverty, racism, extremism, gender discrimination, climate change and many others, the Prime Minister added.