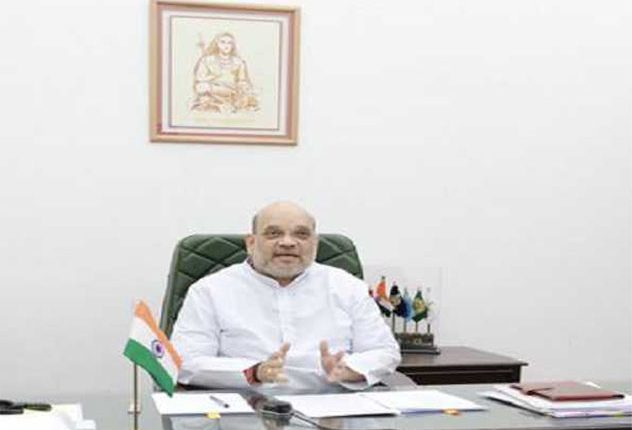 New Delhi, Jun 3 (FN Bureau) The Union Home Minister Amit Shah on Thursday said that Oxygen was the biggest challenge in the second wave of COVID-19 and under the leadership of the Prime Minister Narendra Modi, the Centre and all State resolved it successfully. Inaugurating nine Oxygen plants set up by the Vallabh Youth Organization (VYO) in Gujarat virtually, he said that normally India needs 1,000 MTof Oxygen per day which increased to 10,000 MT. “Wherever there were industrial Oxygen plants across the country, they were closed and diverted towards medical oxygen. Simultaneously, the work of linking sites where there were medical oxygen plants with the Railways was started. Cryogenic tankers were brought from all over the world and they were sent by trains across the country. About 15,000 MTof Oxygen was transported through Railways”, Mr Shah said.

Empty cryogenic tankers were transported by military aircraft to plants. Most of the oxygen is produced in the Eastern and Western regions of the country, reducing the geographical distance and bringing it to the whole country was achieved. Along with this, setting up of Oxygen plants at a fast pace was also started, he added. In this effort, Vallabh Youth Organization, under the aegis of Shri Vrajraj kumar Maharajji, nine Oxygen plants are being inaugurated in Tilakvada, Sagbara, Sola, Daskroi (Ahmedabad), Kalavad (Jamnagar), Kapadvanj, Mehsana, Bhanwad (Dwarka) and Porbandar. Shri Shah said that VYO is a unique organization which is making a huge and successful effort in social service by mobilizing the youth of the Vaishnava sect from across the country and the world. He said that perhaps VYO is the first voluntary organization which has installed 29 Oxygen plants.

The Home Minister also said that after the first wave of COVID-19, the PM Modi approved 162 PSA plants from the PM Cares Fund. The Prime Minister approved 1051 more PSA plants in 2021. Simultaneously, the Ministry of Petroleum& Natural Gas and the Ministry of Steel also planned to set up 100 PSA plants. In the coming days, 300 more Oxygen plants will be installed. The Union Home Minister said that jumbo hospitals with a capacity of more than 12,000 beds were built in 15 days at 21 steel and power plants and refineries across the country while around one lakh Oxygen concentrators were purchased from the PM Cares Fund. The Indian Railways, the Air Force, the Army and scientists also did a great job.

He also said that today this pandemic is slowly on the downslide.The number of unwell persons has started decreasing and the number of patients returning home after recovery is going up. Today the requirement of Oxygen has also come down from 10,000 MT earlier to 3,500 MT. He said that the work of vaccination is progressing in full swing. The work of vaccinating 21 crore people has been done in a very short time and soon it will be further accelerated.