No toll plazas will soon be reality: Gadkari 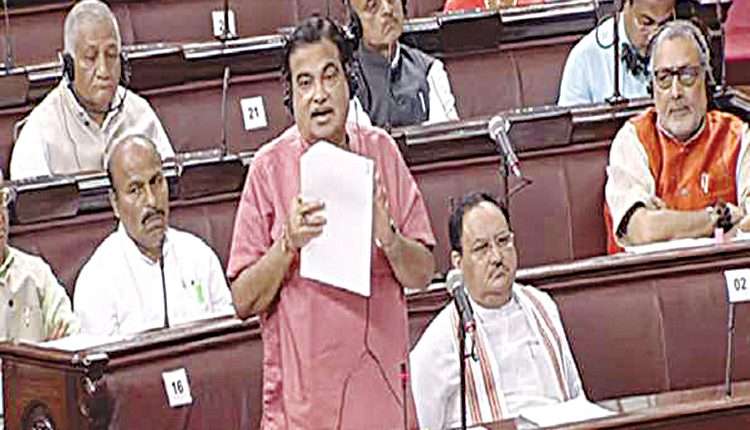 New Delhi, Aug 3 (Agency) The government on Wednesday informed Rajya Sabha it will soon introduce a new technology that will deduct toll directly from the bank accounts thereby ensure removal of toll plazas on roads and a hassle-free travel. Responding during Question Hour, Transport Minister Nitin Gadkari said he will try his level best to introduce a new technology to collect the toll within six months. “We are in the process. We are yet to take official decision (on the kind of technology). The number plate technology is good. And there will be no toll plaza and there will be a sophisticated computerised digitalised system.
“There will be no queues. No person. Nothing will be there and it can give a great relief to the people by and large. And government will get absolute revenue from that,” Gadkari said. The Minister said that the government is thinking over two options to collect the toll.

One is satellite based toll system where the GPS of the car will help directly take the toll tax from the bank account. The other option is the number plate…. We can replace the old number plate with the new number plate and there will be a computerised system by which we can use the software to collect the toll, he said. “The easiest system is when you start from the point it will register and when you leave the highway it will again register. So only the exact amount the car drove will be deducted from his (owner’s) account. We are already working on it. “We have not made up our mind as far as the selection of the technology is concerned. But within a month we will select the technology. We will use all the sophisticated technology of the world by which it will be useful for the people,” the Minister said. Gadkari said that the government will also need to introduce a Bill in the Parliament as there are no legal provisions to deal with those who violate the new system. “We will introduce the best system in the world. I will try my best to do it as early as possible within six months,” he said. The Minister was responding to supplementaries by Congress MP Jebi Mather.