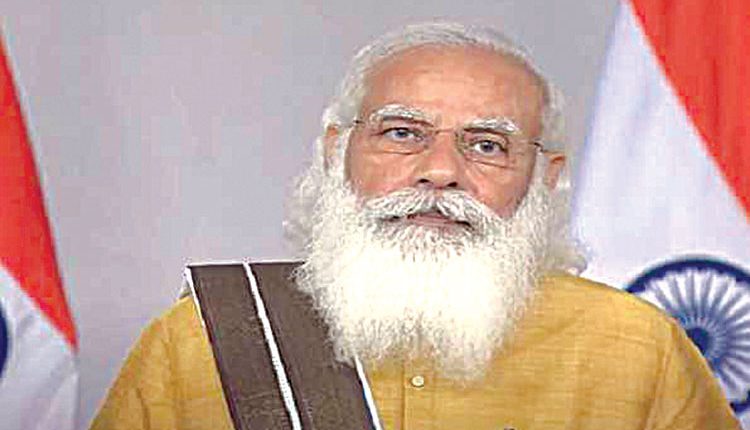 Lauding the scientists for the scale and speed at which the vaccines were made within a year, to save humanity from the pandemic, PM Modi further said this was the first time such a big thing has happened in history and added that in the previous century, inventions were made in other countries while India had to wait for many years. “But today the scientists in our country are working at the same speed and at par with other countries. He appreciated the scientists for making India self-reliant on COVID-19 vaccines, testing kits, necessary equipment and new effective medicines in the fight against Corona. He said that bringing science and technology at par with developed countries is better for the industry and the market”, he remarked.

He also said that India wants to be self-reliant and empowered in every sector, from biotechnology to battery technologies, from Agriculture to Astronomy, from Disaster Management to Defense Technology, from Vaccines to Virtual Reality and today India has been showing the way to the world in the field of sustainable development and clean energy. “Today, from software to satellites, India is accelerating the development of other countries, playing the role of a major engine in the development of the world. Therefore, he said that India’s goals should be in line with the needs of this decade as well as for the next decade”, Mr Modi said.

Exhorting the scientists and institutions to make preparations with a scientific approach on the climate change, he asked them to take lead in every sector from carbon capture to energy storage and green hydrogen technologies. Prime Minister also urged CSIR to take society and industry along and appreciated that the CSIR for starting to take suggestions from people following his advice. He praised CSIR for its role in the Aroma mission launched in 2016. He added that today thousands of farmers of the country are changing their fortunes through floriculture. He lauded CSIR for helping in cultivation of asafoetida within the country for which India was dependent on imports.

IMTECH Recruitment 2021 Out: Apply Online for 21 Technical Assistant, Junior Engineer and Other Posts