Must continue to act against terror: India on Pak’s removal from FATF grey list 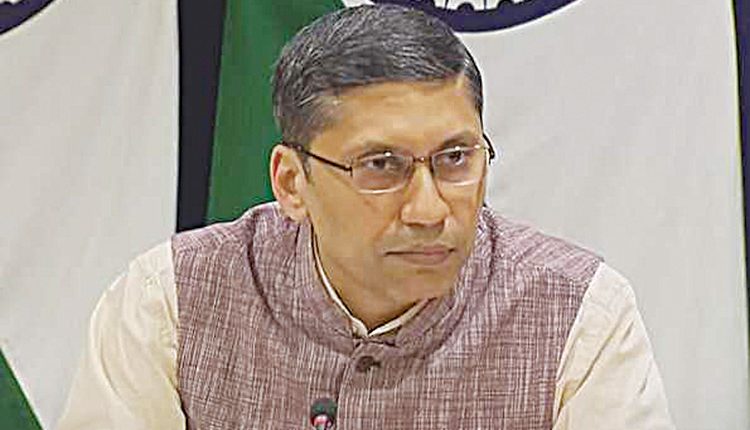 New Delhi, Oct 22 (FN Agency) Pakistan must continue to take credible action against terrorism and terror financing and the world community should remain clear about that, India said on Friday reacting on the FATF’s decision to take off the country from its grey list. In response to media queries in this regard, Ministry of External Affairs spokesperson Arindam Bagchi said: “It is in global interest that the world remains clear that Pakistan must continue to take credible, verifiable, irreversible and sustained action against terrorism and terrorist financing emanating from territories under its control.”

“We understand that Pakistan will continue to work with the Asia Pacific Group on Money Laundering (APG) to further improve its Anti Money Laundering (AML) /Counter Terror Financing (CFT) system,” Bagchi said. “As a result of FATF scrutiny, Pakistan has been forced to take some action against well-known terrorists, including those involved in attacks against the entire international community in Mumbai on 26/11,” the spokesperson added. The Financial Action Task Force,a global watchdog to combat money laundering, terror financing and other related threats, on Friday said that Pakistan is no longer subject to FATF’s increased monitoring process.

It said that Pakistan would continue to work with APG (Asia/Pacific Group on Money Laundering) to further improve its AML/CFT (anti-money laundering and counter-terrorist financing) system.FATF said, “Pakistan has strengthened the effectiveness of its AML/CFT regime and addressed technical deficiencies to meet the commitments of its action plans regarding strategic deficiencies that the FATF identified in June 2018 and June 2021. “Reacting to the decision, Pakistan Prime Minister Shehbaz Sharif tweeted: “Pakistan exiting the FATF grey list is a vindication of our determined and sustained efforts over the years. I would like to congratulate our civil & military leadership as well as all institutions whose hard work led to today’s success. Aap sab ko bohat bohat Mubarak.”