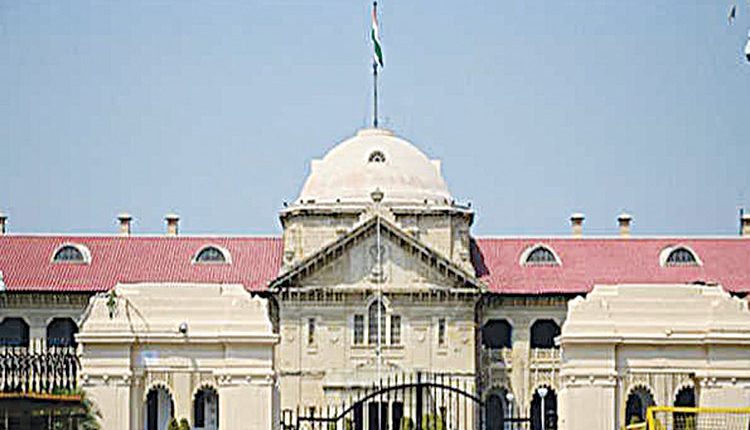 Prayagraj, Oct 12 (Bureau) The Allahabad High Court has observed that as per the mandate of the Quran a Muslim man cannot marry another woman if he is not capable of fostering his wife and children. The court’s observation came on a plea filed by one Azizurrahman to set aside an order issued by the Principal Judge, Family Court in Sant Kabir Nagar whereby the plaintiff’s suit for restoration of conjugal rights, had been dismissed.Citing Sura 4 Ayat 3 (An-Nisa’), the bench of Justice Surya Prakash Kesarwani and Justice Rajendra Kumar observed, “In view of mandate in the Quran it is amply clear that bigamy is not sanctified unless a man can do justice to orphans, who in the present set of facts are the respondent (first wife) and her children. “The bench stated, “As per mandate of the Quran all Muslims men have to deal justly with the orphans. A married Muslim man having his wife alive cannot marry with another Muslim women, if he cannot deal justly with the orphan. “The court said that a mandate has been given that in such circumstances that a Muslim man has to prevent himself to perform second marriage, if he is not capable of fostering his wife and children.

“The religious mandate of Sura 4 Ayat 3 is binding on all Muslim men which specifically mandates all Muslim men to deal justly with orphans and then they can marry women of their choice two or three or four but if a Muslim man fears that he will not be able to deal justly with them then only one,” it observed. It further observed, “If a Muslim man is not capable of fostering his wife and children then as per the mandate of the Quran, he cannot marry the other woman. Thus, in the absence of any cogent explanation for the second marriage or in the absence of any explanation to the first wife with respect to matters mentioned before, the action of the plaintiff-appellant would amount to cruelty to his first wife. Therefore, it would be inequitable for the court to compel the first wife against her wishes to live with such a husband, that is the plaintiff-appellant. “The court said, “A Muslim husband has the legal right to take a second wife even while the first marriage subsists, but if he does so, and then seeks the assistance of the Civil Court to compel the first wife to live with him against her wishes on pain of severe penalties, she is entitled to raise the question whether the court, as a court of equity, ought to compel her to submit to co-habitation with such a husband.

“The court observed, “If the husband, after taking a second wife against the wishes of the first, also wants the assistance of the Civil Court to compel the first to live with him, the court will respect the sanctity of the second marriage, but it will not compel the first wife, against her wishes, to live with the husband under the altered circumstances and share his consortium with another woman. “The bench stated, “If the contention of the husband for grant of decree of conjugal rights is accepted, then from the point of view of the wife, it would amount to breach of her fundamental rights guaranteed under Article 21 of the Constitution of India. “The bench ordered, “For all the reasons afore-stated, the present appeal is totally frivolous and deserves to be dismissed at the admission stage. Consequently, the appeal is dismissed.” Sura 4 Ayat 4 of the Quran says, “If ye fear that ye shall not be able to deal justly with the orphans, marry women of your choice, two, or three, or four; But if ye fear that ye shall not be able to do justly (with them), then only one, or (a captive) that your right hands possess. That will be more suitable, to prevent you from doing injustice. “This Sura has also been quoted by the bench in its order issued on September 19.

‘Geospatial technology and GIS is going to make a significant impact’