Metro to run as usual, vehicular movement to alter as Delhi beefs up security ahead of I-Day 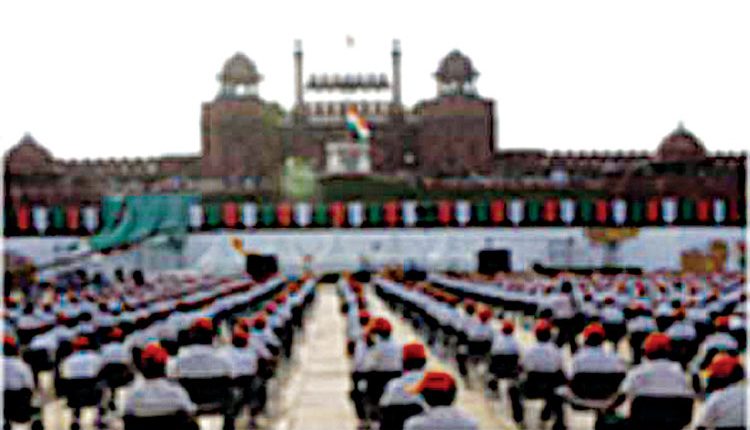 New Delhi, Aug 13 (Representative) In view of the seventy-fifth Independence Day, the security arrangements in the national capital have been tightened while changes have been made in the road transport system, though the metro services will function as usual, officials said. Delhi Police spokesperson Chinmay Biswal told UNI on Friday that the arrangements are tightened in sensitive areas. “Adequate security personnel are deployed at Red Fort and other sensitive places. Central Para Military Force (CRPF) personnel are monitoring the place along with Delhi Police personnel. Additional force is also deployed at major entry points of the city.

Also, search is on for suspicious vehicles,” he informed. Biswal also informed that the passengers taking rail and metro transport are also being monitored. Besides, security is being maintained at Maharana Pratap (Kashmere Gate) and Sarai Kale Khan Inter-State Bus Stand (ISBT), he added. “Complete screening of passengers and their luggage is being done after checking at all the entrances of New Delhi and Old Delhi Railway stations. Vigilance at all the metro stations is increased than earlier. Security personnel equipped with state-of-the-art weapons have been deployed under security surveillance at all major sensitive places of the city,” Biswal said. Delhi Metro Deputy Commissioner of Police Jitendra Mani said that metro services will run as usual. “No station will be closed. Arrangement to enter and exit a metro station is made from one gate only after a proper security check. Special police squads have been deployed at every metro station to monitor the security,” he listed out the security management.

However, the movement of general vehicles on the surrounding roads has been banned from 4 am to 10 am ahead of Prime Minister Narendra Modi’s address at the Red Fort on August 15. An exemption has been given to special pass holders and their vehicle issued only for the ceremony, according to Delhi Traffic Police The police informed that the movement of common vehicles in and around the Red Fort will restore to normal days only after 10 AM. Police sources said that in view of the farmers’ agitation, the number of central paramilitary forces in addition to the Delhi Police has been increased in the border areas of Delhi. “Borders have been sealed and vehicular movement is being monitored closely. Suspicious vehicles and people are being searched by barricading at major places. Vehicles were seen crawling in many areas on Friday due to security checks,” the sources added.