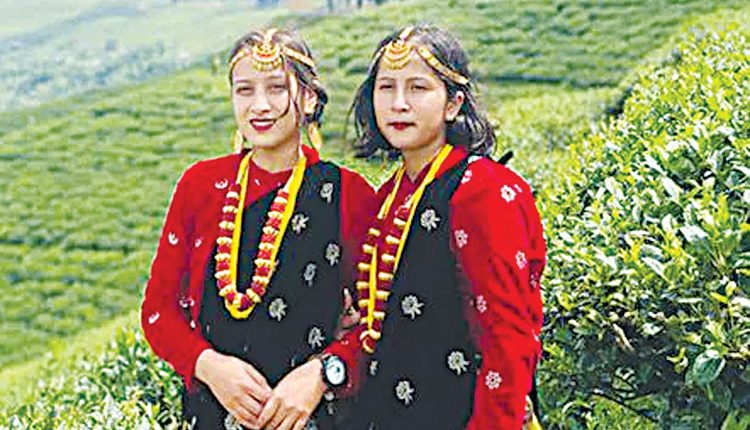 New Delhi, Oct 18 (Agency) The Maternal ancestry of Nepal is a mixture of South-and East-Asian population, according to a study on the maternal ancestry of Nepal Population, published in the journal Human genetics few days back. An international team of researchers led by Dr. K Thangaraj, CSIR-Centre for Cellular and Molecular Biology (CCMB), Hyderabad, India, have studied the maternal ancestry of Nepal populations. Being at the crossroads of the Himalayan region, Nepal offers a unique ground to understand South and East Asian genetic ancestry. The Himalayan Mountains range of Nepal has served as a geographical barrier to population migration, while at the same time, its valleys have served as continuous trade and exchange, the study said. Yet, despite the long-term economic and cultural importance of Himalayan trade routes, little is known about people and the early population history of this region.

“This is the first largest study on the Nepali populations, where we have analyzed the mitochondrial DNA sequence of 999 Individuals from different ethnic groups of Nepal, including Newar, Magar, Sherpa, Brahmin, Tharu, Tamang, and populations from Kathmandu and Eastern Nepal and found that most Nepali populations have derived their maternal ancestry from the lowland populations than the highlanders,” said Dr. K Thangaraj, who is presently the director of DBT-Centre for DNA Fingerprinting and Diagnostics (CDFD), Hyderabad. The results obtained from this study helped the researchers in filling several critical gaps about the history and past demographic events that shaped the present Nepalese genetic diversity. “Our study showed that the ancient genetic make-up of Nepalis was gradually transformed by various mixing episodes along the migratory path to Nepal; the carriers of some mitochondrial lineages may have crossed the Himalayas into Nepal, most likely via Southeast Tibet, between 3.8 and six thousand years ago,” said Rajdip Basnet, the first author of the study from Tribhuvan University, Nepal.

“Tibeto-Burman communities like Newar and Magar revealed distinct population history than contemporary high-altitude Tibetans/Sherpas. This study using history, archaeological and genetic information has helped us in understanding the population history of Tibeto-Burman communities of Nepal,” said Dr. Niraj Rai, one of the authors from DST- Birbal Sahni Institute of Palaeosciences, Lucknow. “The cultural ties of Nepal with India and Tibet reflected in their genomic ancestry,” said GyaneshwerChaubey, a Professor from Banaras Hindu University and co-author of the study. “Such a study is helpful for establishing the genetic affinities of populations across our border and for better understanding of early human migration,” said Dr. Vinay K Nandicoori, the director of CSIR- Centre for Cellular and Molecular Biology.

How Spine Surgeons Are Helping Shape the Future of India

Banks should be courteous to the wife while recovering the loan of her husband’s died due to covid: Neelam