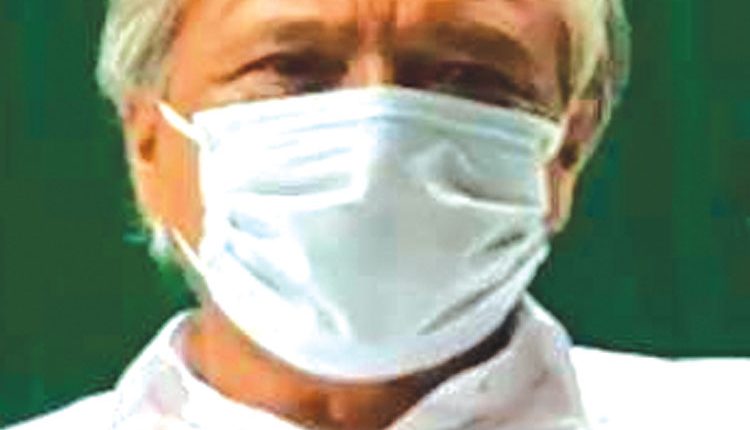 Srinagar, Aug 4 (Bureau) Urging people to remain united and continue their struggle for restoration of special status of the erstwhile state of J&K peacefully and legally, Peoples Alliance for Gupkar Declaration (PAGD) on Wednesday alleged that people are being ripped off their jobs and rights over natural resources since the abrogation of Article 370 and Article 35 A on August 5, 2019. PAGD spokesperson Mohammad Yousuf Tarigami said the All Party Meeting (APM) of J&K leaders with Prime Minister Narandra Modi in New Delhi didn’t yield any result as no Confidence Building Measures (CBMs) required bridging the gap between Delhi and J&K were taken by the Centre.

“August 5 marks the completion of two years since the unprecedented assault on the Constitution of India was done to nullify Article 370 of the constitution – thereby damaging the very bond of our relationship with union of India. By demolishing the Constitution of Jammu and Kashmir by the Government it has crossed all the limits of constitutionality,” Mr Tarigami said on the eve of the completion of two years of the abrogation of the special status of J&K. He said, ‘downgrading historic state of Jammu and Kashmir, besides dividing it into two separate Union Territories — without the consent of the people and also ignoring the Resolution adopted by J&K Legislature on March 3, 2004 to preserve the unity and the secular character of J&K has — has set a precedent that any state can cease to exist as a state and can be carved up into any number of fragments any time, by placing it under Governors Rule. “Thereby the very existence of a state becomes a matter of central discretion, a substantial step towards a unitary state,” Mr Tarigami, who is a senior CPI(M) leader, said.

The PAGD spokesperson said the abrogation of Article 35 A made the status of permanent residents redundant. “Protection of jobs and land rights was removed arbitrarily which deepened the alienation and sense of insecurity in all the regions. The economy of J&K has virtually collapsed as tourism, trade agriculture, horticulture and Handicraft sectors were badly hit,” he said. He further alleged that the employment opportunities are shrinking. “Is Corruption any less and Governance any better? The fact remains not a single claim stands the test of the scrutiny,” he said. He alleged that a process of throttling of democracy and democratic rights was initiated since the abrogation of Article 370. “The clampdown and continuous restrictions on the movement and association of the people and gagging the media has resulted in forced silence,” he said.

“Over the last two years it has become amply clear why the Government of India (GOI) was so insistent on taking such drastic unlawful measures… during these two years we have seen that people of J&K are being ripped apart into smaller units, ripped off their jobs and rights over the natural resources that are theirs. Unconscionable suppression of civil and democratic rights continues unabated. Indiscriminate arrests and harassment of all sections of our people, including employees on different pretexts, continues. Issuing dictates like the recent one… not to provide clearance for passport and government services to anyone involved in ‘law and order and stone pelting cases’ is one more addition,” he said. He said ‘adverse police report’ can’t be a substitute for being found guilty in a court of law. “This amounts to violation of the most scared principles of the justice system,” he said.
He said the hoax of BJP’s Naya Kashmir is a joke now. “The people have started questioning those in authority as what they have achieved by destroying Kashmir which came into being through protracted historic struggle of the people of Jammu and Kashmir,” he said.

He said it was hoped that the Centre would realise the futility of its decisions viz a viz August 5, 2019. “The recent participation of J&K leaders with the PM was a leap of faith, but none of the measures required to begin rebuilding the shattered confidence of the people of J&K has been taken,” he said. Mr Tarigami said J&K remains as far from Delhi and from the heart of India as it has ever been. “Rather the distances are further widening and disheartening is deepening,” he said. “We earnestly appeal to all sections of our people in each region and community to remain united and not to fall prey to the false and slanderous campaigns and divisive attempts aiming at dividing and disarming our people,” he said. “We are sure that at this time of serious crises we will not succumb but continue our struggle in defence of our rights using every opportunity through peaceful and legal means,” he added.