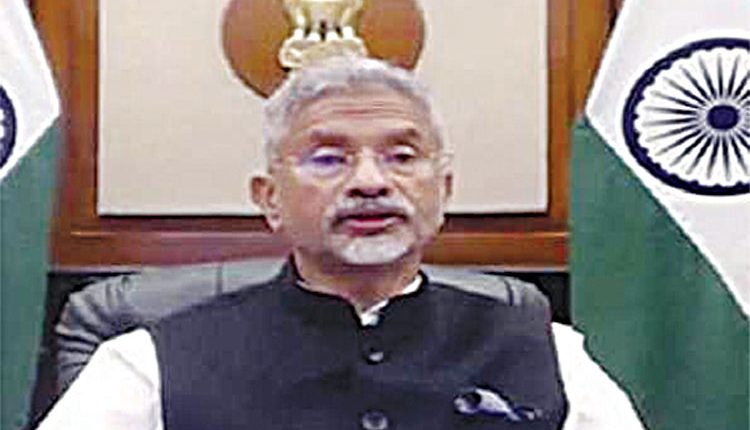 New Delhi, May 27 (FN Bureau) External Affairs Minister S Jaishankar has said he has a “big agenda” for India-US relation and would see to translate the fundamental converges between the two sides into actionable policies. Jaishankar in Washington is set to discuss a broad range of issues with key officials of the Joe Biden administration including Secretary of State Antony Blinken, National Security Advisor Jake Sullivan, Defence Secretary Llyod Austin and Indo-Pacific Coordinator Kurt Campbell. He is also expected to meet US Trade Representative Katherine Tai.

As he is the first high-level Indian visitor since the Biden administration took office, Jaishankar is likely to cover all aspects of the strategic partnership. He will meet Defence Secretary Austin on Friday to continue discussions that the two held in New Delhi in March and carry forward the robust bilateral defence and security relationship. “We’re looking forward to having him here at the Pentagon and hosting him for a good set of talks, Friday,” said Pentagon Press Secretary John Kirby. Ahead of the talks, Jaishankar in a conversation with H R McMaster, former US National Security Advisor, on Wednesday said India-US relations has come a long way over the years and the canvas has spread wide.

“It is today one of the major relationships in the world and my own sense is that in Washington today, there is a real appreciation of the potential of this relationship, what it can do. And it’s true of New Delhi as well.” He was participating in an episode of Battlegrounds with McMaster at the Hoover Institution to discuss how the US can work together with the world’s largest democracy on economics, diplomacy, and security to build a better future. Jaishankar drew the audience’s attention to the commonalities such as the pluralistic nature of the two societies, political democracies and market economies, and because of that “we have fundamental convergences.”

“I think the challenge before us is how to translate those convergences into actionable policies,” he said. The EAM said he is looking forward to working on these with the Biden administration. The State Department also earlier said Secretary Blinken looks forward to meeting Jaishankar to discussing a broad range of issues, including COVID-19 relief, efforts to strengthen Indo-Pacific cooperation through the Quad, enhanced UN and multilateral cooperation, and a range of other shared regional security and economic priorities.