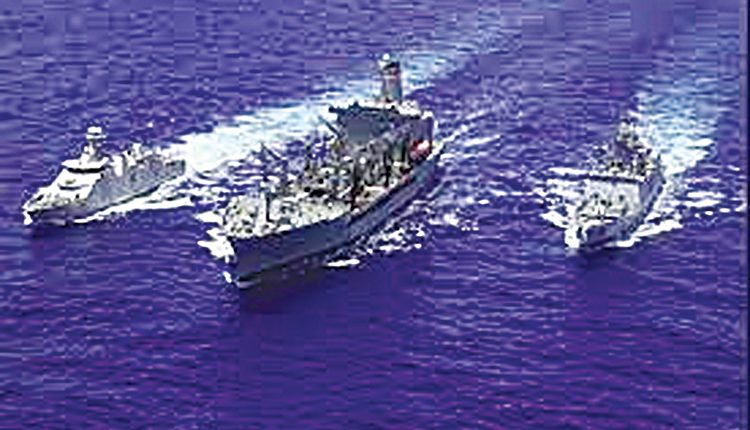 The Ship participation in RIMPAC-22, 9000 Nautical Miles away from the Indian coast stands testimony to the Indian Navy’s capability to operate in any part of the world. RIMPAC-22 is one of the largest multilateral naval exercises in which the Indian Navy participates and the exercise this year has witnessed participation from 26 countries comprising 38 surface ships, 9 land forces, 31 unmanned systems, 170 aircraft and over 2,500 personnel. An indigenously designed and built 6000 tonnes guided missile stealth frigate, INS Satpura is a part of the Eastern Fleet based at Visakhapatnam and has been tasked for a long-range operational deployment in the 75th year of India’s Independence.