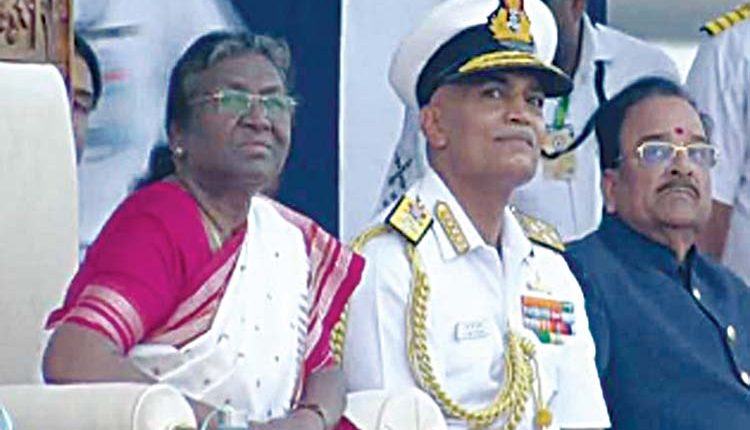 Visakhapatnam, Dec 4 (FN Representative) President Droupadi Murmu on Sunday evening said that she is confident that the Indian Navy would continue to grow from strength to strength – aligned with the vision of a new and developed India. The Supreme Commander of the Armed forces witnessed the operational demonstration by the Indian Navy at Ramakrishna Beach here on the occasion of Navy Day. Speaking on the occasion, the President congratulated all officers and men and their families on the Navy Day. She said that we celebrate this day to commemorate the Indian Navy’s valiant actions in the 1971 War, contributing to India’s historic victory.

It is a day to remember and honour our martyrs who etched a permanent place for themselves in history and continue to inspire every generation. This day also reminds us to rededicate ourselves to taking India forward, transiting through Amrit Kaal, towards a great future. Murmu said that we are an inherently maritime Nation – with the sea on three sides and high mountains on the fourth. It is but natural that the oceans would play a vital role in India’s growth and prosperity. The Indian Navy has a huge responsibility of ensuring an umbrella of security for India’s national maritime interests. The President noted that Indian Navy remains firm in its perseverance, resolute in commitment, futuristic in capability development, and outcome-oriented in action. She said that it is also evident from the theme of this Navy Day – ‘Combat ready, Credible, Cohesive and Future proof force’.