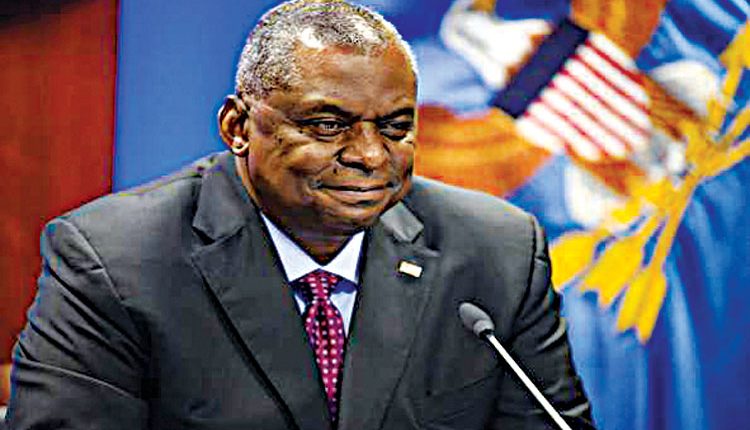 New Delhi, Sep 21 (FN Bureau) US and India will work together in assisting “at risk” groups in Afghanistan, US Defense Secretary Lloyd Austin said a day after he talked to Defence Minister Rajnath Singh over the phone and discussed the Afghan situation. “Yesterday I spoke with Defence Minister Rajnath Singh to thank him for India’s vital cooperation in the Afghanistan evacuation and retrograde mission. India is a critical partner in assisting at-risk groups in Afghanistan, and ensuring a free and open Indo-Pacific,” Lloyd said in a tweet on Tuesday.

He also shared a statement, which said Austin thanked India for it’s cooperation in the evacuations, and both leaders committed to continue to monitor the situation in Afghanistan and to “assist remaining at risk group”. They also reiterated their commitment to ensuring the Indo-Pacific region remains “free and open”. Austin also told Singh that he is looking forward to the 2+2 Ministerial Dialogue later this year. Afghanistan was taken over by the Taliban on August 15, after which commercial air space in the country was shut. The US, which had taken over the control of the airport in Kabul, helped India in evacuating its citizens, including embassy staff. India has maintained it is watching the developments in Afghanistan, and taking measures according to the changing security situation in the region.