India, Georgia to step up trade and investment, boost connectivity 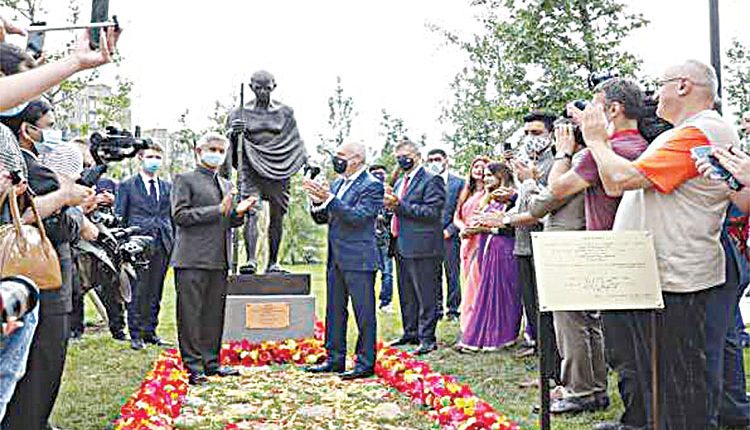 New Delhi, Jul 11 (FN Bureau) India and Georgia agreed on Saturday to explore the “great potential” their engagement in trade and investment holds and step up connectivity between the two countries. External Affairs Minister S Jaishankar discussed two-way ties with Prime Minister Irakli Garibashvili and Vice Premier and Foreign Minister David Zalkaliani in Tbilisi in which they noted the positive dynamics of Georgia-India bilateral relations in political, economic, culture and education spheres.

“I am very confident that my visit, my discussions have helped to chart a more ambitious roadmap for the relationship.” said Jaishankar at a news conference after the talks. “We have very comprehensively discussed our bilateral cooperation and I think there is a lot which we can be satisfied about. There has been significant Indian investment here. There are 8000 Indian students who study in Georgia. There are more than 50000 Indian tourists who come here. I was very impressed to see actually that some of our well known movies have been shot in Georgia.

But we agreed that for all the progress that we have made, the potential to do more is very much there,” he said. Georgia is situated strategically at the crossroads where Europe meets Asia. And the country is ranked high in the ease of doing business scale. “I really applaud your ranking, I am sure that if there was a wider appreciation of that in India you would see an even more enthusiastic business interest in India. So, we would very much welcome working together on the investment and trade side.

And in turn I would also mention that in India we have today new projects and schemes to encourage more manufacturing. We hope that Georgian companies who are looking out at Asia could consider that as well, ” said the EAM. He invited Zalkaliani to visit India with a business delegation. The government of Georgia sees deepening trade and economic relations could be significantly facilitated by concluding a free trade agreement. Economy Minister Natia Turnava said that the two countries had prepared a feasibility study which said that a free trade deal will have ‘a very positive effect’ for both countries. “We have already exchanged the text of this agreement and we hope to move to direct negotiations in the near future”, said Turnava. The first round of free trade talks should have been held by now, but it was postponed because of the pandemic and is planned to be held in the nearest future, reports say, quoting the Georgian government. The two sides also exchanged views on issues of regional and global interest. The Georgian foreign minister thanked the Indian government for support to Georgia’s territorial integrity and sovereignty. “This visit is to definitely play a huge role in strengthening ties between our countries and upgrade our relations to a completely new level,” Zalkaliani tweeted, referring to Jaishankar’s official two-day visit.