India capable to counter any mischievous move of Pak 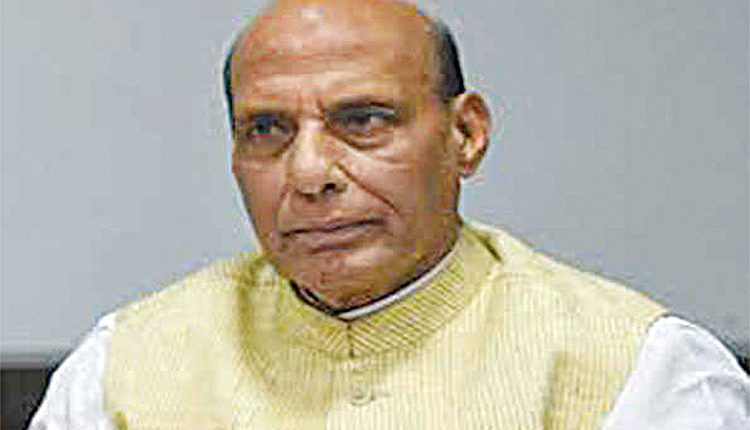 Kanpur, Jul 5 (FN Agency) Defence Minister Rajnath Singh, reacting to the recent drone attack at Jammu airforce station, said that India was capable of retaliating Pakistan’s mischievous moves and its technology. He said India was currently working on a high-tech device for monitoring drone attacks and strict monitoring would be done at the borders.

On being asked if there was a need for a third surgical strike, he said the Indian Army was fully alert and the borders of the country were fully secure. Taking a dig indirectly at the opposition parties, Mr Singh, while talking to reporters here on Monday, said some people were doing politics of fear, adding that they would never succeed in their nefarious designs.

Allaying all doubts over Rashtriya Swayamsevak Sangh (RSS) chief Mohan Bhagwat’s statement on “Hindu-Muslim DNA”, Mr Singh said the BJP believed in Saath, Sabka Vikas. He said the BJP never talked in terms of Hindu or Muslims. He, however, warned that all those indulging in “conversions” would not be spared. Lauding the outcome of the district panchayat chairperson polls, he said it was a clear indication that the people of the state have full faith in the UP government and the Bharatiya Janata Party and there was no doubt that the party would retain power with a thumping majority in the next Uttar Pradesh Assembly elections. Rajnath Singh was addressing media persons at Shyam Nagar on Monday where he had come to take part in a condolence meeting.