Incidents of Left Wing Extremism have come down: DG CRPF 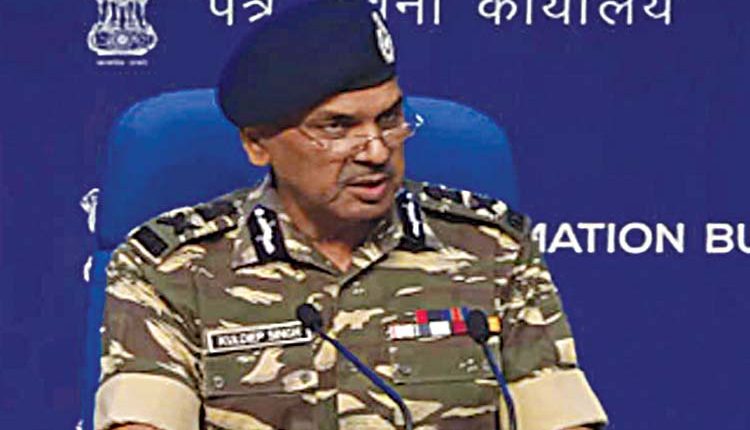 New Delhi, Sep 21 (FN Agency) CRPF DG Kuldeep Singh on Wednesday said incidents Left Wing Extremism have come down, and said the Naxal stronghold of Buddha Pahad in Jharkhand has been cleared of Naxals. Addressing a press conference here, the DG CRPF said Buddha Pahad, which had been a stronghold of Maoists for 30 years was cleared and permanent bases of security forces have been established. “Several operations in Buddha Pahad failed in the past. But in since April 2022, we undertook many campaigns in Jharkhand, and we could bring Buddha Pahad area in control,” Singh said. “We have dropped forces through choppers, the area has been cleared. Permanent camps have been established for the security forces,” he said. Singh said three big operations were undertaken – Operation Octopus, Operation Bulbul, and Operation Tunderstorm, which is ongoing.

“We also continued operations in neighbouring states, Bihar, Jharkhand, Madha Pradesh and Chhattisgarh,” he said. The DG CRPF said 14 Maoists were neutralised this year since April- of these seven were in Chhattisgarh, four in Jharkhand and three in MP. He added that 36 Maoists have surrendered in Bihar, 414 in Chhattisgarh, 110 in Jharkhand, and 18 in Maharashtra. “Incidents of Left Wing Extremism have come down significantly. There has been 77 percent reduction in violence, which has come down to 509 in 2021. Death rate in LWE incidents has gone down by 85 percent to 147 in 2021,” he said. Singh said 20 forward operating base have been established in jharkhand, and 11 bases have been added in last six months. Singh said the security forces have vowed to take the fight against LWE to its final stage. “We have vowed to take the fight against LWE to its final stage. Since 2014m, a special policy has been formed in tandem with central and state security agencies. We have witnessed unprecedented success,” he said. Singh added that the area under LWE has also gone down. “The number of violence prone districts was 96 in 2010, it has gone down to 39 in 2022,” he added. Buddha Pahad is an area in Jharkhand at the border of Chhattisgarh.