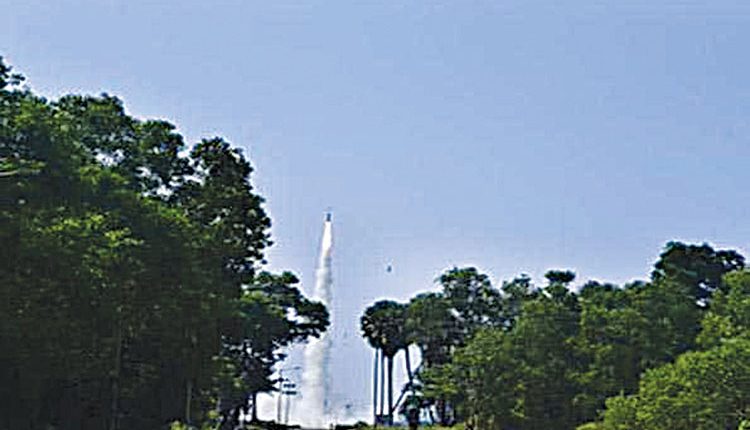 He said “at this RH200 historic moment the entire nation is proud of the R&D communityof our country. November happens to be an important month for Indian rocketry. It was onNovember 21, 1963 that the first Sounding Rocket was launched from Indian soil”, he said. Somanath, who spoke on the occasion, said that rocketry is a serious task.The private launch of a small rocket that was undertaken recently emulated an effortdemonstrated in the late 1960s by ISRO. “There is a long way to go and each step isto be taken with due diligence”, he added.Later, the former President visited the Space Museum and Control Centre and witnessedthe 200th consecutive successful flight of RH200.Indian sounding rockets are used as privileged tools for the scientific community for carryingout experiments on meteorology, astronomy and similar branches of Space Physics.

Campaigns such as Equatorial ElectroJet (EEJ), Leonid Meteor Shower (LMS), IndianMiddle Atmosphere Programme (IMAP), Monsoon Experiment (MONEX), Middle AtmosphereDynamics (MIDAS), Sooryagrahan-2010, etc. have been conducted using the soundingrocket platform for scientific exploration of the Earth’s atmosphere.The RSR series of rockets have been the forerunners for ISROs heavier and morecomplex launch vehicles, with a continued usage even today for atmospheric andmeteorological studies. They are an indispensible part of our Space Programme,which has become every Indian’s hope and pride. The 200th consecutive successful flight stands testimony to the commitment ofIndian rocket scientists towards unmatched reliability demonstrated over the years.

Will contest 2024 LS poll from Kannauj in UP: Akhilesh