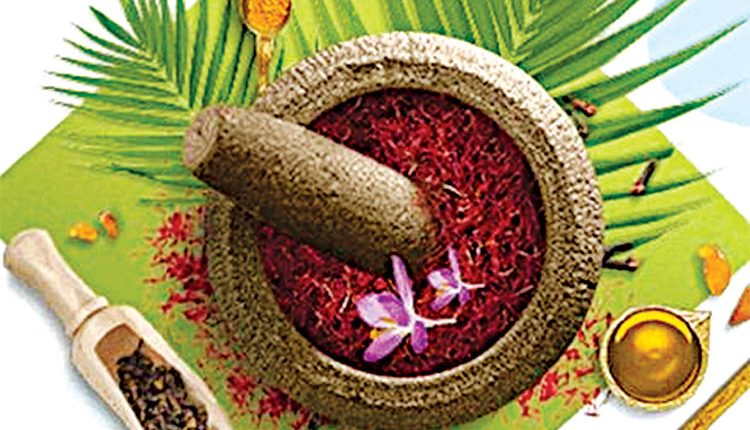 New Delhi, Sep 27 (Bureau) As COVID-19 started to battered, the country is grappled with viral and vector-born illnesses like influenza, viral fever and dengue. The doctors have observed that the infection period and recovery from the viral illnesses are prolonged upto a few weeks in several cases. However, Aurveda experts have claimed that immunity boosting herbal drugs like Fifatrol can help not only hasten the recovery from the infection but also strengthen immunity of the patient. Prof K N Dwivedi from the Banaras Hindu University (BHU) said that even though virus has no cure so far, in ayurveda there are some herbs and preparations which can prevent progression of the infections due to seasonal influenza and mosquitoes and gradually eliminate them. In this connection, he pointed out that Fifatrol, a formulation of time-tested immunity strengthening herbo-mineral preparations like guduchi, daruharidra, apamarga, chirayata, karanja, kutaki, tulsi, godanti (bhasam), mrityunjaya rasa, tribhuvana kriti rasa and sanjivani vati, has been found to help fight infection, flu and cold.

Developed by AIMIL Pharma, the herbal drug is being recommended by ayurveda experts to even dengue and viral flu infected patients for quite a long time as it has been found very effective in such cases, the expert said. “There are four types of dengue — serotypes 1 to 4 at play. The prevalence of serotype-2 has been growing very fast across the states, he added.

This is more severe than other types of dengue fever. In serotype-2 dengue infections, platelets drop rapidly and the body’s immune response is hyperactive, resulting in a cytokine storm which can damage the organs. This variant of dengue also impacts the kidneys. “But this drug (Fifatrol) being enriched with immune enhancing herbo-mineral preparations can fight bacteria, viruses and allergens and provides fast relief from nasal congestion, sore throat, body ache, headache,” Prof Dwivedi explained, The herbal drug has also found a mention among nearly 200 technologies and research activities evaluated by experts in a compendium for combating coronavirus as compiled by the National Research Development Corporation (NRDC).