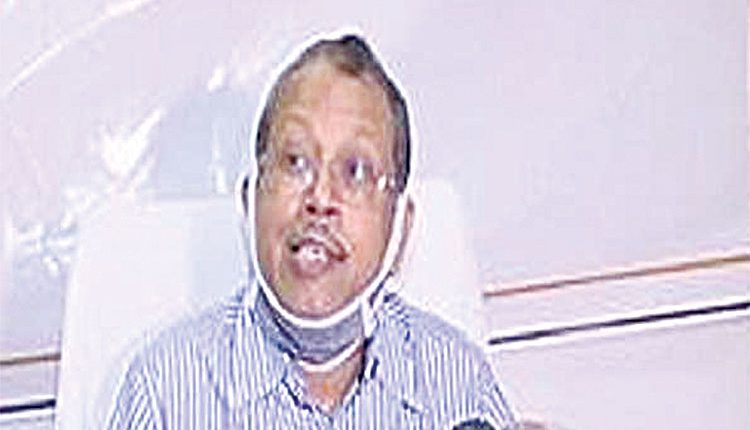 Bhubaneswar, May 27 (FN Representative) Heavy rainfall triggered by Wednesday’s very severe cyclonic storm Yaas that made landfall near the Balasore coast will cause a medium flood in the Baitarani river. Odisha Special Relief Commissioner(SRC) PK Jena today said a medium flood is expected only in river Baitarani. He said though the flood posed no danger the district administration of Keonjhar and Jajpur have been alerted.

Mr Jena however, ruled out floods in other rivers due to heavy rainfall in the upper catchment areas. The officials of the water resources department are patrolling the river embankments and keeping a close vigil on the situation, he said. People residing in low lying areas close to river Baitarani have been evacuated as a precautionary measure. He said the water level of Baitarani at Anandpur in Keonjhar and Akhuapada in Bhadrak district has crossed the danger mark level. The SRC said at 11 AM today the water was flowing at 38.50 metres against the danger level of 38.36 metres at Anandpur and 17.92 metres against the Danger level of 17.83 metres at Akhuapada.

He said the water level at Akhuapada might go up to 20 metres and 40.85 metres at Anandpur. But Subarnarekha, Budhabalanga and Salandi rivers are flowing below the danger level. Mr Jena said as many as 146 blocks have received heavy rainfall during the last 48 hours. The Kusumi block in Mayurbhanj district has received the maximum rainfall of 515 MM followed by Chandbali (414MM) and Rajkanika (406 MM). The SRC said three blocks received rainfall 400 mm to 500MM, 17 blocks above 300MM of rainfall and 47 blacks received 50 to100 MM of rainfall in the impact of cyclone Yaas.

The district collectors, he said, were asked to submit the preliminary damage report by tomorrow evening. Mr Jena said in some places in Balasore and Bhadrak districts the people have dug the road to clear the rain and flood water. The Roads will be restored by this evening by the Works and Rural Development department. The SRC said work is on to restore power supply and hoped that by 9 PM tonight power would be restored to 80 per cent of the consumers in the cyclone hit areas.