Government is standing with farmers, promises made have been fulfilled 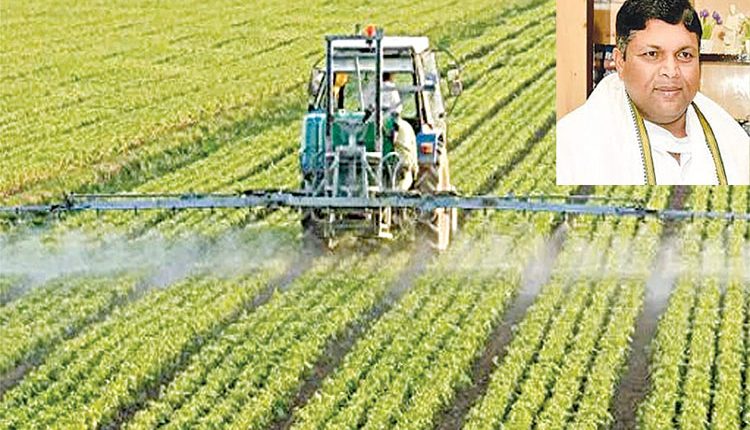 Ranchi, Jun 18 (FN Agency) Agriculture Minister Badal on Friday said that the state government has fulfilled whatever promises it had made to the people and particularly to the farmers. Addressing a press conference at the Congress office here he said that apart from saving lives amid the Corona crisis the government has ensured that livelihood also continues. He said that despite being in power for 18 years the BJP never announced a loan wavier for the farmers. He said that to prevent the black marketing of fertilisers a committee has been formed at the department level while necessary instructions have been also given to the officials.

The minister said that he himself was from the family of the farmers therefore he has the right knowledge regarding their problems. Over the pending payment for paddy procurement he asked the BJP to tell how much paddy was purchased under their tenure and how much MSP was provided to the farmers. The minister claimed that in 2020-21 record paddy procurement has been done by the present government and against the target of purchasing 60.85 lakh tonnes of paddy, 62.41 lakh tonnes have been procured. He said that for paddy procured the government was due to make payment of Rs 943.21 crore including MSP and Bonus out of which Rs 568.50 crore has been paid and another Rs 374.71 crore was needed to make remaining payment. Badal said that as per the promise the state government has waived off the loan of 2.46 lakh farmers and a sum of Rs 980.06 crore has been given to the banks. He said that as per the bank details 9.02 lakh farmers have taken the loans out of which data of 5.61 lakh farmers has been uploaded.

Five held for selling open land without the knowledge of owners