Farmers will be provided compensation soon 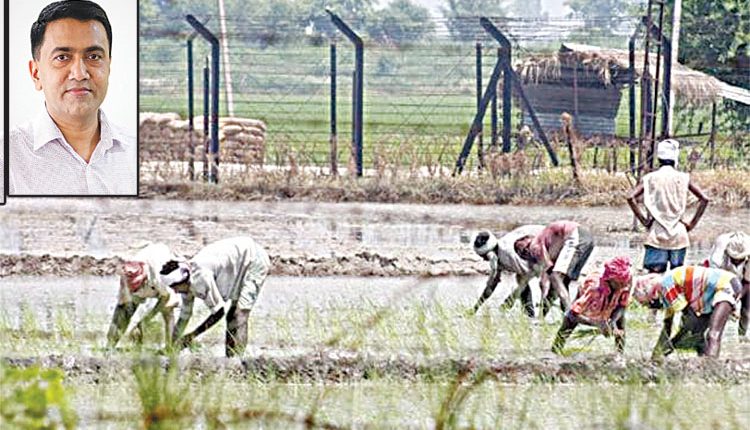 Panaji, Jul 2 (FN Representative) Goa Chief Minister Pramod Sawant along with Deputy Chief Minister Manohar Azgaonkar, North Goa Collector and Director of Agriculture held a meeting with farmers at Ugvem Village, Pernem, on Friday. Addressing the people after the inspection, he said those who were affected due to the Cyclone would get compensation within one month. He directed the Collector to prepare a report on losses to crop and other.

Later, the Chief Minister also inspected the ongoing works of greenfield Mopa airport. He said the government was working for the betterment of the people and would make sure people get justice. Government would try its best to provide the best facilities to all the people, he added. During his visit to the Dhagarwada, Casarvarnem, the Chief minister inaugurated a water tank which would benefit 12 families. He urged upon the people at Dhagarwada to take care of infrastructure provided by the Government.

Dy Chief Minister Manohar Azgaonkar highlighting government initiatives in various sectors for the development of the people and the state informed that various major projects were coming to Pernem. Top priority would be provided to Pernem people for employment, he said. Dy. The Chief Minister also appreciated the efforts of Chief Minister Dr Pramod Sawant for his all round efforts for the last two years to take the state forward.