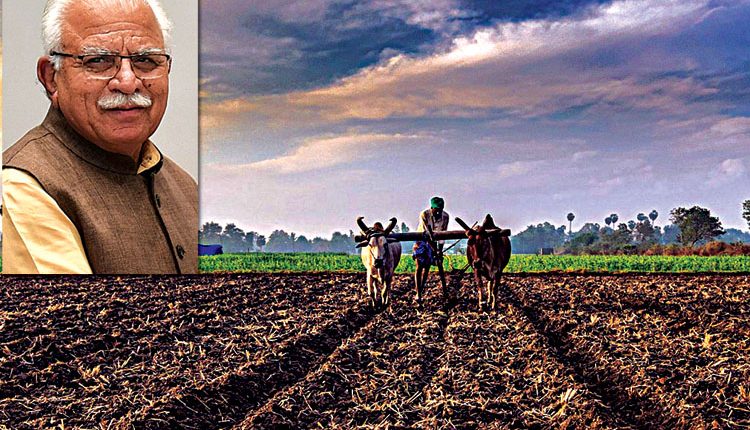 Chandigarh, Jun 30 (FN Agency) Haryana Chief Minister Manohar Lal Khattar said farmers who are also called ‘Annadata’ of the country certainly hold a prominent place in the society. There is a sense of respect in the society for farmers but a handful of people who call themselves as farmers and are agitating have actually defamed the true farmers. The Chief Minister while addressing a press conference here Wednesday said because of these politically motivated so-called farmers, businesses of the people living in the nearby villages and towns have been stalled as they have blocked the roads in the name of farmers’ agitation.

He said the people from nearby Panchayats are visiting protesting sites to hold positive talks with those protesting there and are urging to clear the roads blocked by them so that they can restart their businesses which are currently unoperational due to blockades installed by the protesters. he Chief Minister urged those protesting to open the blockade. He said unfortunately many tragic incidents being reported at the protest site are a matter of concern. Condemning such acts, he said, “Any act done in an undemocratic manner is highly condemnable.”

Describing the new Agricultural Laws as farmer-friendly, the Chief Minister said with the implementation of these Laws, farmers would have the freedom to sell their crops in the Mandi or open market as per their choice. This time farmers in Haryana have earned more profit by selling mustard crops in the open market by getting a higher price than the MSP. He said both the Central and Haryana government have implemented many schemes for the benefit of the farmers. Pradhan Mantri Kisan Samman Nidhi Yojana is also a big step taken for ensuring the economic prosperity of the farmers.