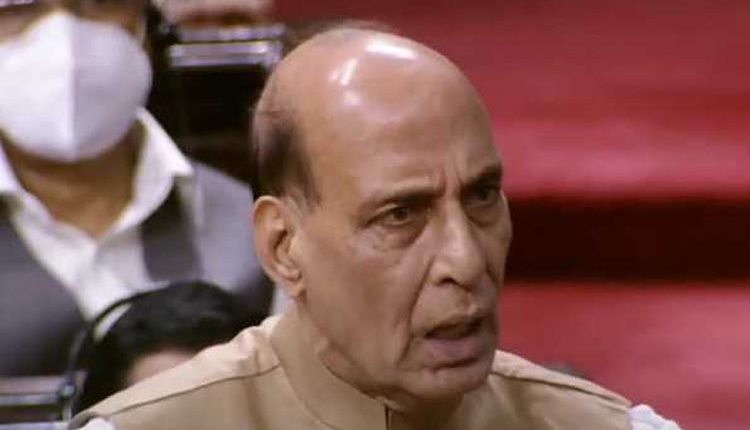 New Delhi, Aug 5 (Agency) Amid Opposition protests and sloganeering, the Rajya Sabha on Thursday passed the Essential Defence Services Bill, 2021 which seeks to prevent workers of the public sector ordnance factories from going on strike against the corporatization of the units. The Bill which has already been passed by Lok Sabha replaces the Ordinance promulgated in June 2021.

The proposed legislation allows the government to prohibit workers engaged in essential defence services to go on strikes. As per the Bill, essential defence services include any service in any establishment or undertaking dealing with production of goods or equipment required for defence-related purposes, or any establishment of the armed forces or connected with them or defence. As the discussion was taking place on the Bill in din, Leader of Opposition (LoP) Mallikarjun Kharge requested the Deputy Chairman who was presiding the House to refer the bill to a standing committee for scrutiny. This was, however, not accepted and debate continued over the Bill.

Participating in the discussion, BJD MP Sujeet Kumar extended his support saying uninterrupted essential defence services are needed given the hostility on the borders and possibility of a two-front war. M Thambidurai of the AIADMK and Ayodhya Rami Reddy of the YSRCP were among the others who supported the Bill. Replying to the discussion, Defence Minister Rajnath Singh said that by corporatising the Ordnance Factories government wants to increase their efficiency and competitiveness. “While corporatising them, we have taken care that the service conditions of the employees working in Ordinance Factories are not impacted,” said the Defence Minister as Opposition protests continued. The Bill was passed by voice vote and then the House was adjourned till 11 AM, August 6.