Diwali with a difference – Massive campaign for Swachhata 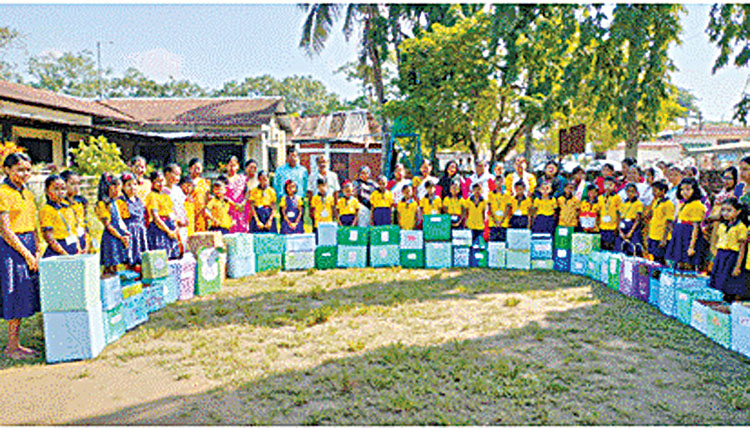 New Delhi, Oct 30 (Bureau) This Diwali was different for many cities in India. The usual noise of crackers heard around Diwali was replaced by ‘Humein Garv Hai’ song and chants of Hara Geela Sookha Neela on roads and in community lanes as mobile vans and carts with two bins went door-to door collecting segregated waste. Over 75 lakh students from nearly 45,000 schools from across India took part in the in what may be termed a massive awareness campaign on segregating wet and dry waste at source initiated by the Ministry of Housing and Urban Affairs (MoHUA) towards achieving the goal of garbage-free cities. In addition, citizens, community groups, and organizations participated enthusiastically in this campaign led by their city’s urban local bodies, the municipal corporations.

The campaign titled “Swachhata ke Do Rang” (two colours of cleanliness), with “Hara Geela Sookha Neela” (green bin for wet waste and blue bin for dry waste) as the campaign’s call to action, stressed on minimum two-bin segregation at source. Driven by Swachh Bharat Mission, over 3500 urban local bodies (ULBs) across 32 states and Union Territories reached out to schools, communities, going door to door and mobilizing households with on-ground awareness programs on source segregation. Students of different age groups enthusiastically participated in special activities like painting, art & craft creating green labels (for wet waste) and blue labels(for dry waste), building waste bins and toys out of waste, street plays, and took home the message of Swachhata Ka Uphaar. While school students from Assam’s Khowai, performed a dance drama based on Mahatma Gandhi’s vision of clean India, Patna Nagar Nigam schools made models out of waste under the theme of “waste to wonder” . Kid’s favourite characters like Chhota Bheem were a part of these models to spread awareness. Some schools under the MCD even created jigsaw puzzles unique games to demonstrate the importance of segregating wet and dry waste to the students.

The six-time winner of India’s cleanest city in the Swachh Survekshan Awards and a 7-STAR Garbage-free city, Indore showcased a remarkable effort of conducting a cleanliness drive across the city post Diwali. As a part of the awareness campaign, the New Delhi Municipal Corporation (NDMC) took to the streets with a swachhata mascot. With the moto self- Sustainable locality at Forest Ghat, trainings were conducted among SHGs members and residents on vermi-composting and pit-composting with demo by the Tezpur Municipal Board, Assam. Malappuram municipality in Kerala held training sessions for interstate labourers under the segregation campaign. Even CRPF troops joined the campaign from Kashmir’s OPS sector. They picked up brooms to clean the roads, gardens and premises of the CRPF camp. The nationwide campaign of waste segregation at source triggered focused participation through ground action for sanitation, waste management and reduction of waste that goes to legacy dumpsites. The massive jan andolan saw citizens from all walks of life spread awareness on segregating waste at source in their own special way and make the campaign a huge success. The impact is already visible on the ground as the states have begun channelizing their energies towards making cities garbage free.