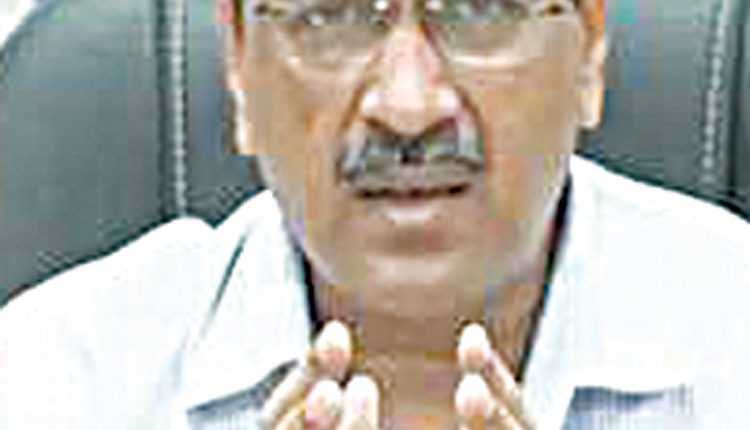 New Delhi, Apr 22 (Agency) Delhi Chief Minister Arvind Kejriwal here on Thursday said the additional oxygen permitted by the Centre for the national capital will be supplied by Odisha and his government is considering to airlift it. “The consignment will take some time to reach, and the Delhi government is trying its best to airlift the oxygen from Odisha to cut down the time it takes, Mr Kejriwal said while addressing a digital press conference.

Delhi for the past few days is facing a severe crisis of medical oxygen as the the number of Covid-infected patients dependent on oxygen has increased exponentially due to an unpredictable rise in active cases. The chief minister said the Central government designates a specific quota for every state that is the number of oxygen cylinders a particular state is eligible to receive and presently the daily requirement in Delhi is of 700 tonnes of oxygen. ‘The Central government had earlier capped our quota at 378 tonnes, but yesterday they increased it to 480. Even though we require more oxygen, we are extremely grateful to the Central government for increasing our oxygen supply,’ Mr Kejriwal said.

He said the central government also decides the company that will supply oxygen to the states. “Delhi does not have any production centers. The entire supply of oxygen comes from companies based in other states,’ Mr Kejriwal said. ‘The problem that has arisen here is that the states in which these companies are based are not allowing oxygen cylinders to come to Delhi.