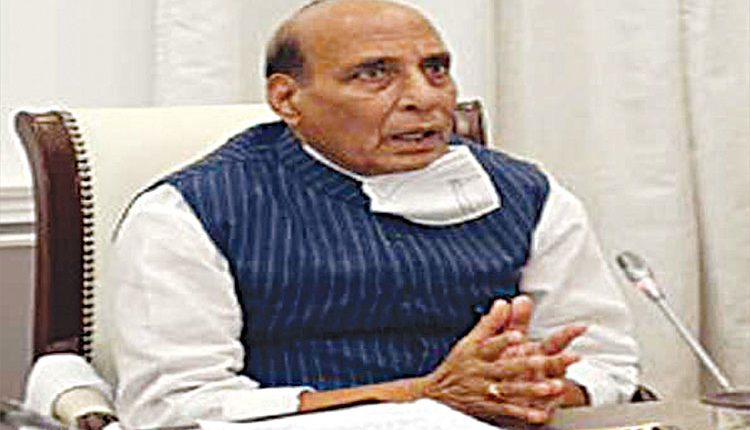 New Delhi, Dec 17 (Agency) Giving a big boost to the Make in India initiative, Defence Minister Rajnath Singh-headed Defence Acquisition Council (DAC) approved proposals to procure equipment worth Rs 27,000 crore from domestic industry. The DAC, in its meeting, approved Capital Acquisition proposals of various Weapons/Platforms/Equipment/Systems required by the Indian Army, the Indian Navy and the Indian Air Force at an overall cost of around Rs 28,000 crore, the Defence Ministry said. This is the first meeting of DAC under the new regime of Defence Acquisition Procedure 2020 and these are the first set of Acceptance of Necessity (AoNs) accorded with majority AoNs being accorded in the highest categorisation of Buy Indian (IDDM). Six of the seven proposals, that is, Rs 27,000 crore out of Rs 28,000 crore for which AoNs were granted, will be sourced from the Indian industry, to give a boost to the ‘Make in India’ and the ‘Atmanirbhar Bharat’ initiatives of the Government. The Acquisition proposals approved today include the DRDO designed and developed Airborne Early Warning & Control (AEW&C) Systems for the Indian Air Force, Next Generation Offshore Patrol Vessels for the Indian Navy and Modular Bridges for the Indian Army.

Vivad se Vishwas: Opt for the scheme till December 31st

Sensex falls by over 200 pts