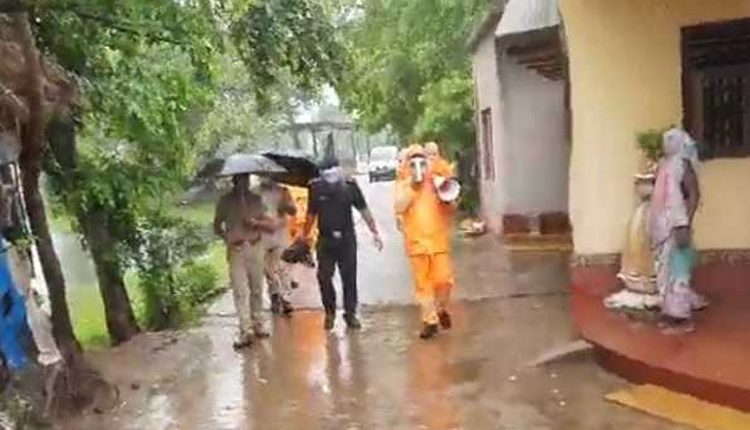 New Delhi, May 25 (FN Agency) Indian Meteorological Department (IMD) on Tuesday said that that impending Severe Cyclonic Storm ‘Yaas’ is likely to make a landfall on the Odisha-West Bengal coasts tomorrow morning. According to IMD officials, it is very likely to move north-northwestwards, intensify further into a ‘Very Severe Cyclonic Storm’ during next 12 hours and would continue to move north-northwestwards, intensify further and reach Northwest Bay of Bengal near north Odisha and West Bengal coasts very close to Chandbali-Dhamra port by the early morning of May 26.

“It is very likely to cross north Odisha-West Bengal coasts between Paradip and Sagar Island close to north of Dhamra and south of Balasore, during noon of Wednesday, the 26th May as a Very Severe Cyclonic Storm”, the officials informed. As per latest bulletin, the Severe Cyclonic Storm ‘Yaas’ over Eastcentral and adjoining Westcentral Bay of Bengal moved northwestwards with a speed of about 17 kmph during past six hours, and lay centred at 0830 hrs today, over Westcentral & adjoining Eastcentral Bay of Bengal near latitude 18.3°N and longitude 88.3°E, which is about 280 km south-southeast of Paradip (Odisha), 380 km south-southeast of Balasore (Odisha), 370 km south-southeast of Digha (West Bengal) and 370 kms south-southwest of Sagar Islands (West Bengal).

The concerned states have been making all efforts to mitigate the upcoming cyclone. The Indian Navy and Air Force rescue teams have been put on standby to aid civil administration and 99 NDRF teams have been deployed in these states. The Prime Minister Narendra Modi on Sunday reviewed the preparedness of the concerned central and state agencies, the Union Home Minister Amit Shah on Monday spoke to the Chief Ministers of the five concerned states and the administrator of Andaman & Nicobar islands. In both review meeting the Centre asked the state governments to make additional efforts to protect Covid hospitals and supply of powers to vaccine storages and health facilities.

ICSIL intends to recruit and empanel candidates for the following posts for various departments of Delhi Govt, as per details given below purely on contractual basis:-