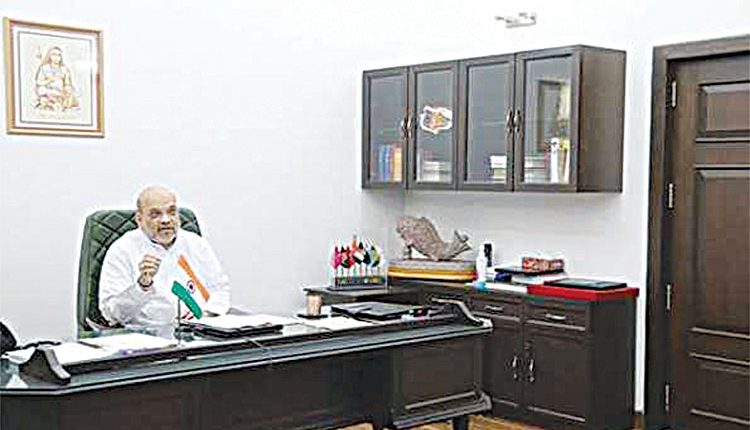 New Delhi, May 24 (FN Bureau) A day after Prime Minister Narendra Modi’s meeting with the central and state agencies in view of impending cyclone Yaas, Union Home Minister Amit Shah on Monday asked the Chief Ministers of Odisha, West Bengal and Andhra Pradesh and the Lt. Governor of the Andaman & Nicobar Islands to make adequate arrangements of power back up in all Covid-19 hospitals, labs, vaccine cold chains and other medical facilities.

Reviewing the preparedness of the concerned states and UT in a meeting via video conferencing, he advised them to ensure adequate stocks of all essential medicines and supplies in hospitals, keeping in view likely disruption of movement of vehicles. For health facilities, including temporary hospitals, likely to be affected by the cyclone. Citing the advance actions taken by the States on Western Coast during cyclone Tauktae , the Minister advised them to make adequate arrangements for securing them from losses and for evacuation of patients in advance, if necessary so that there is no adverse impact on any medical facility.

While reviewing the cyclone impact on oxygen generation plants located in the States of West Bengal, Odisha and Andhra Pradesh, Mr Shah advised them to make advance planning for keeping a buffer stock of oxygen for two days and movement of oxygen tankers to allocated States, so that in case of any disruption, supply to allocated States is not impacted and also asked them to ensure the safety of oxygen generation plants.

“Al concerned States and UT to ensure that all fishermen are brought back to shore and the timely evacuation of people from low lying and vulnerable areas”, Mr Shah said, adding that disseminate messages in local languages over mobile phones, television, social media and through village panchayats, with a view to educate and motivate people with the help of volunteers of Home Guards, NCC and Civil Defence”, he added.