Cyber security may pose a big challenge in the coming days 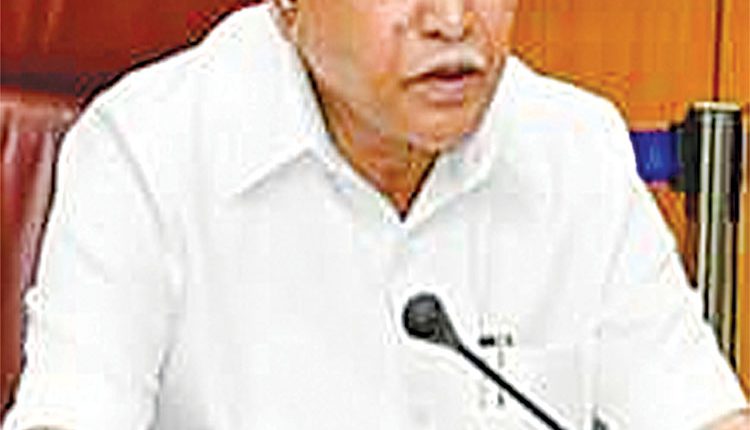 Bengaluru, Feb 12 (FN Representative) Karnataka Chief Minister B S Yediyurappa on Friday said that cyber security may pose a big challenge in the coming days not only in the silicon city but across the state. Speaking to newsmen after Senior Police Officers Annual Meet here on Friday, 8 police stations to detect cyber crime, economic offences and narcotics (CEN) have been set up in as many locations in the City. He said the state government has set up an anti-terrorism squad to keep a tab on terrorist activities in the city.

The Chief Minister said that he unveiled the action plan of the Directorate of Forensic Science Laboratory for the years 2021-2024. He told the senior police officials that initiatives would be taken to strengthen the department so that law and order is maintained and people live peacefully. Yediyurappa asked police officials to be polite and considerate to complainants approaching police stations. “I have a piece of advice to the senior officials that people visiting the police station should be treated with utmost respect and humility. Listen to their grievances and address them sincerely”, he added. He said a host of issues was discussed during the meeting ranging from law and order to cyber security. Yediyurappa said he was happy to note the crime rates and atrocities are coming down on women and children in many locations in Bengaluru, he said. He further said the state government has set up an anti-terrorism squad to keep a tab on terrorist activities in the city.