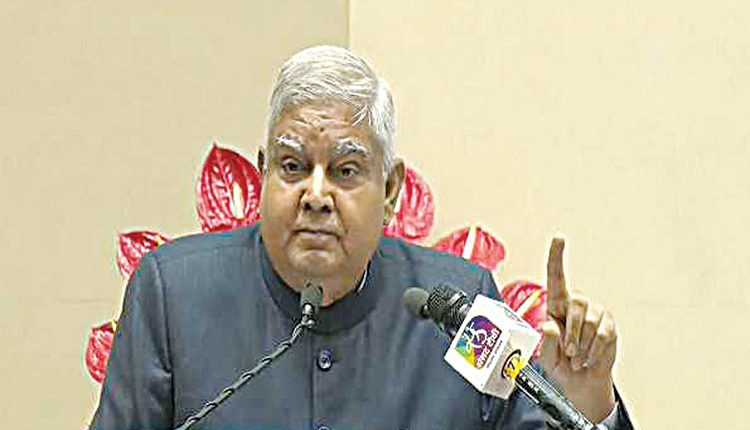 New Delhi, Nov 28 (Agency) Vice President Jagdeep Dhankhar on Monday said that our craftspersons are India’s ambassador of heritage to the world. “The craftspersons are the beacon of our culture. I am privileged to indicate you are the most forceful and impactful members of our culture and creativity. You indicate to the world the enormous skills that India possesses,” Dhankar said while referring to the craftsmanship of the artisans, at the Shilp Guru and National Awards, organised by the Ministry of Textiles here.

He said that such refined skills make India proud. Citing that India is on the rise as never before, the Vice President said, “We are the most favoured destination globally for investment and opportunity. The craftspersons associated with the handicrafts and handloom sector have played their role in this growth,” he said Claiming that during Covid pandemic period, India outshined the world by providing 3 billion vaccines to its people, Dhankar said, “No country in the world can even think of such an initiative. ” He also mentioned that ration to over 80 crore beneficiaries is also being provided since the first lockdown. The presidency of G20 indicates that the world is listening to Prime Minister Narendra Modi and his vision, Dhankar added. Union Minister Piyush Goyal, awardees from across India and other dignitaries were present.