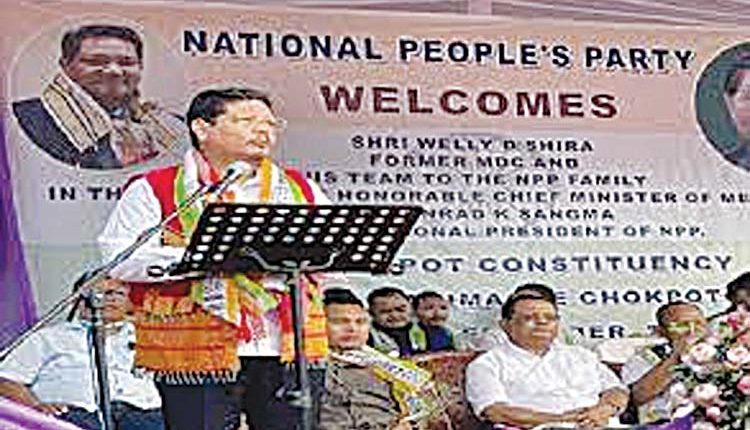 Chokpot (Meghalaya), Sep 24 (Representative) Chief Minister Conrad K Sangma on Saturday iterated that his government was committed to make Meghalaya one among the top ten states in the country, evenas he said the state has been making rapid progress on several fronts. “We are working with the commitment to make Meghalaya one of the top 10 states in the next 10 years and through various initiatives and efforts, the State has made rapid strides in many of the developmental indexes,” Sangma said after laying the foundation stone for construction of a new office building of Chokpot Sub-Division in South Garo Hills district. He told the people that the government has been working with “commitment and confidence” to ensure holistic and overall growth and progress in the State and added that no region of the State has been left behind in Meghalaya’s journey towards progress and prosperity. “We cannot bring changes only by developing Shillong and Tura or town areas. Development should reach the remotest areas of the State. Even the people living in the remotest areas should have access to development that they deserve,” the Chief Minister stressed.

There was a festive mood in Chokpot as people from all walks of life converged to witness the historic moment as the Chief Minister also laid the foundation for a road from 12th Mile along the Tura-Dalu route to Chokpot, a total length of 35 km for strengthening, widening and blacktopping. The State Government has sanctioned close to Rs 50 crore for the construction of the new road and Rs 4 crore for the new Sub-Division Office building.Stating that 80 percent of the population reside in rural areas, the Chief Minister said, “If the State has to progress we have to bring inclusive development on all fronts. All areas of the State should be put at the same level of importance and have its fair share in the development initiatives of the Government”. Lamenting that Chokpot region had remained neglected for the last 50 years, he said, “Our Government will not leave any remote area from Meghalaya’s growth story. We will ensure that people’s concerns are addressed at all levels. Through different initiatives and welfare schemes,we are reaching out to nooks and corners of the State”.

80pc of drugs-related chargesheets are rejected by courts: Meghalaya DGP