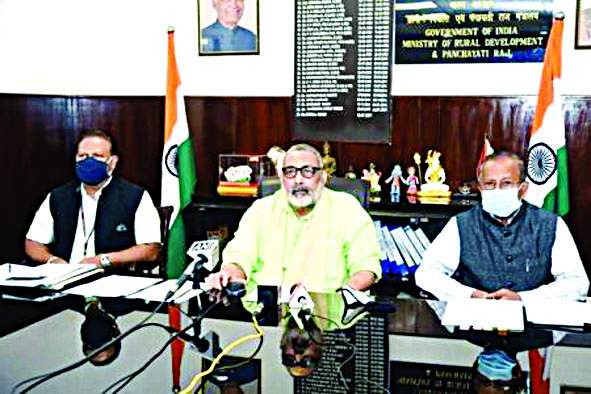 Addressing the launching event, Singh said the CRISP-M tool will help embed climate information in the GIS based planning and implementation of Mahatma Gandhi NREGS. He further appreciated efforts of British Government and all the stakeholders who supported Rural Development Ministry in developing the tool and hoped that the implementation of CRISP-M will open up new possibilities for ”our rural communities to deal with the issues of climate change”. This tool will be used in seven states where in the Foreign Commonwealth and Development Office (FCDO), Government of UK and Ministry of Rural Development, Government of India are jointly working towards climate resilience. The states are Bihar, Jharkhand, Uttar Pradesh, Madhya Pradesh, Chhattisgarh, Odisha and Rajasthan.