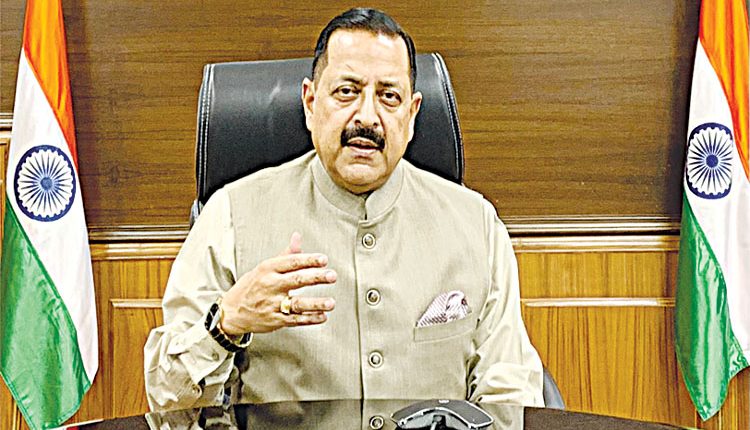 “Even in government jobs, the Department of Personnel and Training (DoPT) has abolished interviews, as a result of which there will be lesser and lesser scope for jobs through nepotism, favouritism or any other considerations by manipulating the interview marks,” said Dr Singh. He said, therefore, it is the responsibility of every right citizen to educate the youth to determine his priority with clarity and to decide whether he has merit and talent for a government job or skill and entrepreneurship to earn a livelihood through a vocation outside the government sector, he said. Dr Singh said, “many Start-Up avenues of self-employment are more lucrative than government jobs and the need is only to change the mindset which is inclined to prefer a small-time government job with a meager salary instead of a self-employed Start-Up initiative which could comparatively beget manifold returns from the beginning itself.” He was told by a young entrepreneur that by using modern technology in cultivation, he had started earning Rs 3 lakh per annum from beginning itself from a bare one hectare of land while two B-Tech graduate engineers said that their income through a similar Start-Up initiative had doubled within a short span of five months.

In response, the Minister said, “there is a take-home message for the misguided youth who keep struggling for a daily wage job which may not fetch them more than Rs. 6,000 per month, whereas here we have young Start-Ups who are not only providing a lucrative livelihood for themselves but also their peers.” Dr Singh gave an elaborate account of the landmark achievements of the Institute making a special reference to the ‘mint’ plant being used on a wide scale commercially that is a part of the legacy of the institute. While lauding the role of the scientific community, the Minister said that CSIR played a significant role in the growth of the aroma industry in India and helped the growers and farmers by enhancing their farm incomes. Referring to the clarion call given by Prime Minister Narendra Modi for doubling the farmers’ income by 2022, Dr Singh said, “Jammu and Kashmir was progressively improving farmers income with support of allied sectors and institutes like IIIM Jammu. The focus of agricultural and allied sectors, and researchers should be on productivity rather than production.” While reiterating the commitment of the Government towards balanced development in the various regions of the UT, Dr Jitendra Singh said that various projects like AIIMS Jammu, Ring Road Project in the Jammu region were progressing at a fast pace and people of the region stand to benefit from such social and physical infrastructural projects.