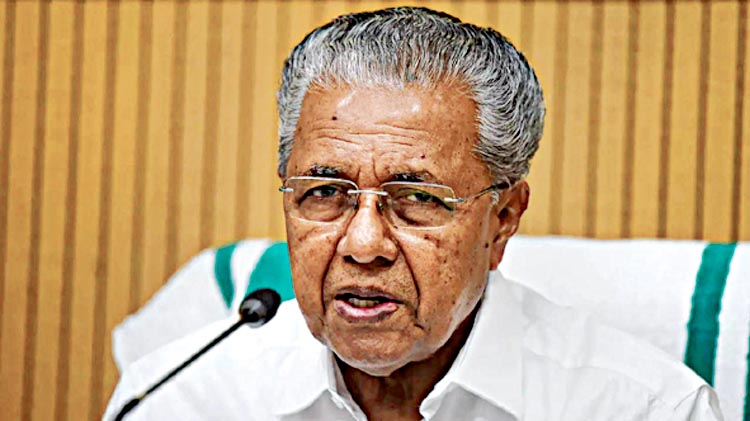 New Delhi, August 7 (Agency) Centre needs to address challenges of Cooperative Federalism, Kerala Chief Minister Pinarayi Vijayan said in the 7th Governing Council Meeting of NITI Aayog held at the Cultural Centre in Rashtrapati Bhawan, on Sunday. In the meeting attended by Prime Minister Narendra Modi and Union Home Minister Amit Shah, the CM demanded that the legislation on subjects in the Concurrent List should be initiated only after adequate consultation with the States and it should desist from legislation in the items in the State List. The Kerala CM also sought urgent initiations from the Centre to enhance necessary legal remedies in the wake of the recent Supreme Court judgement on Eco sensitive Zones. It is necessary for alleviating the hardships of the marginalised sections that live in the affected areas, Vijayan informed the council. He drew the attention of the council to another pertaining issue of GST and demanded to review the imposition of GST on essential items and requested to continue the compensation to the States for another five years.

Vijayan also informed the council that Kerala is in the forefront in the decentralisation initiatives where all the functions in 11th and 12th Schedules of the Constitution have been devolved to the local self-governments. He requested that this important achievement need to be addressed while distributing the consolidated funds to states. He also pointed out that the central share of assistance under PMAY Urban and Rural needs to be revised considering the upward cost of construction materials. As part of modernising Kerala’s roads and transportation, a time bound completion of all projects including the National Highway developments need to be accelerated. In order to move towards more eco-friendly transport system and to alleviate accidents, the State seeks support from the Centre for an early clearance of the State’s pending rail and air traffic proposals, Vijayan said. A 590-km coastal belt, Kerala is vulnerable to soil erosion, especially during extreme rain falls that requires technological and financial support. The Centre reduced quota of kerosene allotment for the state recently, which has affected the fisher folk badly; Vijayan demanded to reinstate the allotment. The CM of Kerala also sought the Centre support in revitalising cash crops by producing value added products from coconut and to produce more offshoots through tissue culture and commercialising the sector. He sought support in enhancing more palm oil processing units in Kerala. The state also sought Centre intervention to lift up the stringent restrictions issued on borrowing limits of States as economy is yet to recover from the adverse impact of Covid-19 pandemic. The state has developed its perceptions on education based on democracy, constitutional values, secularism, and scientific temper. It aims at higher enrolment and higher quality in education. The universal education cannot be achieved by privatisation.

Kerala’s K-FON project is to bridge the gap of digital divide in the education sector, he said. Vijayan also drew attention to the achievements of the state in creating a comprehensive model in co-ordination of farming, animal husbandry and fisheries, which is an emulative model for other states. This was the first council meeting of NITI Aayog after the new vice chairperson Suman Bery and CEO Parameswaran Ayyar assumed the office. Union Minister of Finance Nirmala Sitharaman, Minister for External Affairs S. Jai Shankar, Minister for Food, Public Distribution Piyush Goyal and Minister for Road, Transport and Highways Nitin Gadkari were also attended the Council.