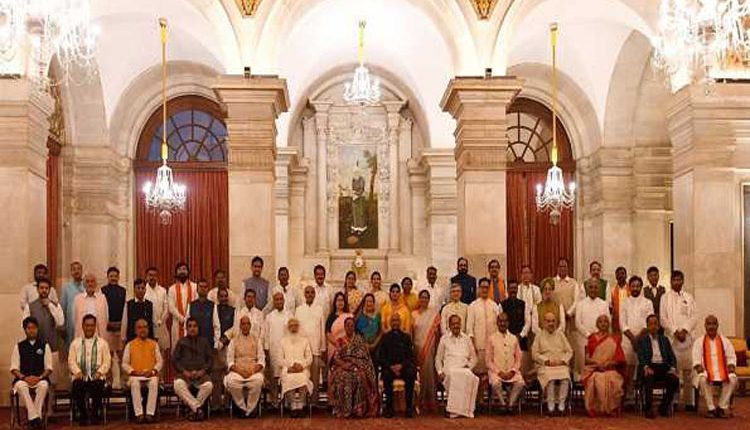 Ommission of senior leaders–Dr Vardhan, Mr Prasad and Mr Javadekar–in the first ever cabinet reshuffle since Mr Modi assumed charge for a second term in May 2019, was a surprise. Dr Vardhan and his junior minister Ashwani Kumar Choubey were asked by the Prime Minister to step down. The devastating second wave of COVID-19, shortage of medical oxygen and irregular supply of anti-COVID-19 vaccines have left the government in an embarrassing situation. Mr Prasad, holding the charge of Information and Technology Ministry, caught in the ongoing battle with social media giants like Twitter and WhatsApp over the new IT rules, was dropped. D V Sadananda Gowda, Thaawarchand Gehlot, Ramesh Pokhriyal, Santosh Kumar Gangwar, Babul Supriyo, Dhotre Sanjay Shamrao, Pratap Chandra Sarangi and Sushri Debasree Chaudhuri have also resigned as per a communique from the Rashtrapati Bhavan.

A slew of gubernatorial appointments, including that of Union Minister for Social Justice and Empowerment Thawarchand Gehlot as the Governor of Karnataka were announced on Tuesday. Also, the government decided to create a separate ‘Ministry of Cooperation with the aim of ‘Sahkar se Samriddhi’ (prosperity through cooperatives). Of the 81 slots of the council of ministers, now 79 are filled by the National Democratic Alliance government at the Centre. The previous reshuffle was conducted in 2017 when Nirmala Sitharaman was made the Defence Minister.