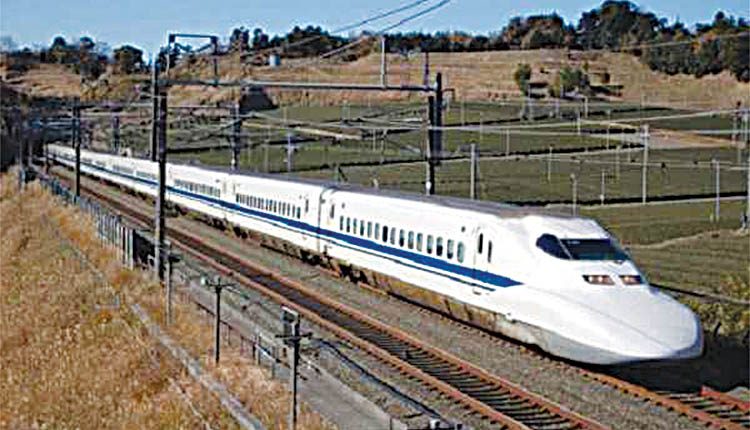 New Delhi, Jul 23 (FN Agency) The ambitious Bullet train project connecting Mumbai and Ahmedabad has suffered delays due to adverse impact of Covid-19 pandemic and slow progress in handing over of land in Maharashtra, Union Railways Minister Ashwini Vaishnaw said. In a written reply to a question over status of the project, the Minister said that a total of Rs 13,483 crore has been spent on the project mainly towards land acquisition, utility shifting and contractual payments.

“The entire project work has been divided into 27 contract packages including a training institute at Vadodara. At present, 07 packages have been awarded and 10 more have been invited,” the Minister said. The final location survey and geotechnical investigation of the signature project is completed and alignment also finalised. Statutory clearances relating to wildlife, Coastal Regulation Zone (CRZ) and forest clearance have also been obtained. The Minister said that out of total land requirement of approximately 1,396 hectare, consent agreement signed/regular award is done for about 1,046 hectare land. Further, 1342 out of 1651 utilities have been shifted.

At present, Rs 1.10 lakh crore Mumbai-Ahmedabad High Speed Rail (MAHSR) project is the only sanctioned project of High Speed Rail (HSR) in the country which is under execution with the financial and technical assistance from Government of Japan. Ministry of Railways has assigned the work for survey and preparation of Detailed Project Report (DPR) for seven High Speed Rail (HSR) corridors to National High Speed Rail Corporation Limited (NHSRCL) which include Chennai-Bangalore-Mysore and Mumbai-Pune-Hyderabad routes.