Benefits of industries should reach to people of state 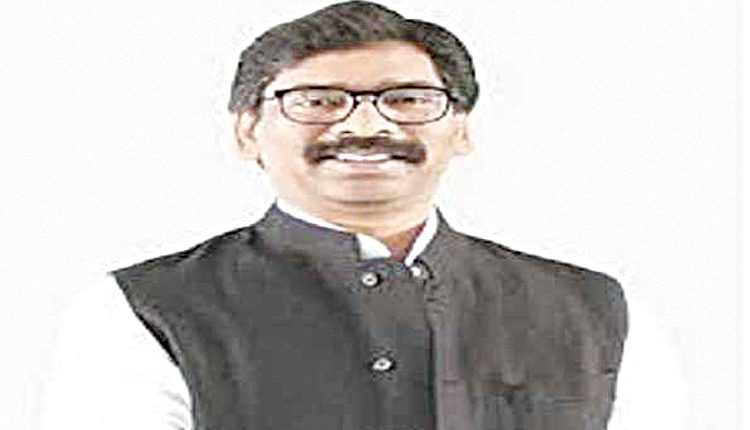 Chaibasa, Jul 29 (FN Representative) Jharkhand Chief Minister Hemant Soren on Thursday said that work should be done so that people can get the benefits of the Industries in the state. Addressing a function at Pillai Auditorium where he inaugurated and laid foundation for various schemes he said when the Industries will take care of the people, the villagers will also be ready to help them. He said that it was a joyous occasion as ACC company has given appointment letters to the locals. The Chief Minister said that big Industries are coming to the area and process was on to establish Steel plant in the area which will help to create more jobs. The Chief Minister said that due to the pandemic there has been lack of jobs and for the workers who were returning back to the state the government started many schemes so that they could get work. He said in West Singhbhum district under Poto Ho Khel Yojana 724 grounds will be prepared out of which 114 grounds have been completed.

He said that under the loan wavier scheme 1500 beneficiaries have been benefitted in Chaibasa and loan wavier of Rs 64 crore has been given in the area and assured that in future also government will make efforts for the prosperity of the farmers. Mr Soren said that Jharkhand is a state full of minerals and there are many roads which have gone in NH and it takes time to obtain the necessary approval for construction of these roads. He said the state government has sent a DPR of Rs 250 crore has been sent to the centre for Chaibasa-Haat Gamharia road construction. He said that a proposal has come to build a bypass in Chaibasa for which process of land acquisition and distribution of compensation has commenced. The Chief Minister said that sportspersons in the rural areas of the state are extremely talented and to encourage them district sports officers have been appointed and in large number players have been given jobs.

He said that in Tokyo Olympics the daughters of the state are showing their skills and they are tribals who have attained such heights on their own merits by overcoming difficulties and all the people should be proud of them. Mr soren said amid the pandemic people had to go through many ups and downs therefore the state government decided to empower the people who were socially and economically weak. He said despite limited resources Jharkhand made the best possible arrangements to tackle the pandemic. He urged upon the people to remain alert over the spread of infection and stressed the need to follow the directions of the state government issued in wake of Coronavirus. Those present on the occasion included Chaibasa MP Geeta Koda, MLAs and senior administrative and police officers.