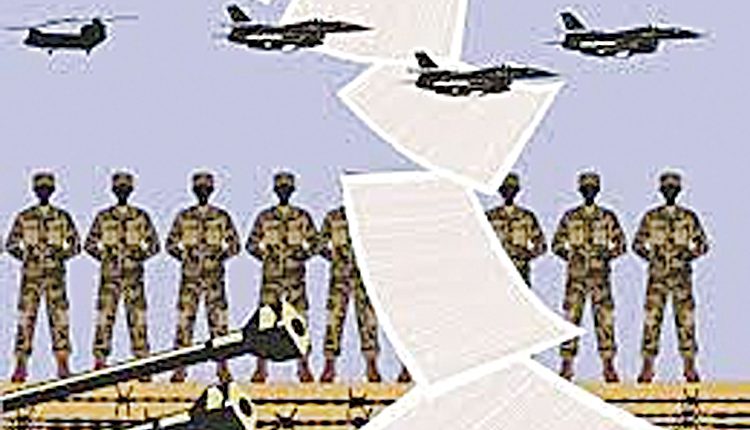 New Delhi, Aug 5 (Representative) The Indian Army conducted a major satellite communication exercise named Skylight from July 25-29 to validate its space assets and to ensure operational readiness of hi-tech satellite systems and personnel manning these system, top sources in the defence establishment told UNI. In the pan India exercise, 100 per cent of all satellite communication assets of the Army were activated and various technical and operational scenarios in space domain were played up. The sources said that various agencies responsible for space and ground segments including ISRO participated in the exercise.

The Army is utilising the services of a number of ISRO satellites, on which over hundreds of communication terminals of various types are connected. These include static terminals, transportable vehicle mounted terminals, man-portable and small form factor man-pack terminals. The Army-owned Satellite GSAT-7B was accorded approval by the Defence Acquisition Council in March this year. It has been designed as first of its kind indigenous multi-band satellite with advanced security features. “It will support tactical communication requirements for not only troops deployed on ground, but also for remotely piloted aircraft, air defence weapons and other mission critical and fire support platforms,” a source said.

As complex aerospace technology has begun impacting military operations and communications in particular, it is imperative that technical competence in this field is built and refined within the armed forces. The Army has been laying emphasis on training its personnel on all aspects of satellite communication. Towards this end, it has recently published Request for Information for its own Student Satellite and for training engineering students in Military College of Telecommunication Engineering on satellite technology. Detailed studies of cyber and electromagnetic effects during the Ukraine war were carried out by the Army. The study established efficacy of reliable satellite communication like the one afforded by Starlink.

Taking a cue from the latest trends in satellite technology, the Army has placed some realisable challenges before the industry and academia. These include the future requirement of fighting troops for small form factor hand held secure satellite phones, satellite IoT and satellite high speed data backbone, some of which will call for utilisation of Low Earth Orbit (LEO) satellite constellations. It is expected that in the coming days, there will be increased collaboration of the Army with private Indian space industry for realisation of complex satellite communication projects, the sources said.