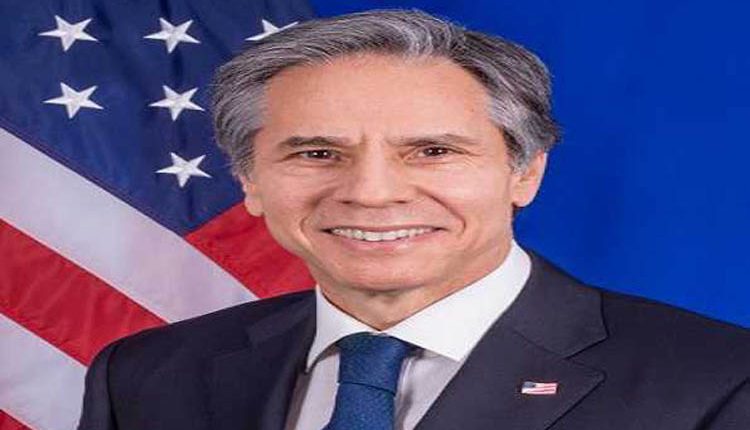 New Delhi, Jul 25 (FN Agency) The escalating situation in Afghanistan with the rapid advances made by the Taliban following the US pull out of its troops, which has caused concern in India, and the need to continue pressing Pakistan to act on terror financing and terror havens, will be top on the agenda of talks during the two-day visit of US Secretary of State Antony Blinken to New Delhi beginning on July 27. Deepening Indo-US bilateral cooperation especially in defence, taking forward the Quad, and tackling the coronavirus pandemic, would also feature on the agenda of talks. Blinken, on his maiden visit to India as US Secretary of State, is likely to meet with Prime Minister Narendra Modi. He will meet External Affairs Minister S. Jaishankar and National Security Advisor Ajit Doval on July 28.

“On the regional security situation, implications of withdrawal of US forces from Afghanistan, and the need for sustained pressure on Pakistan on terror financing and terror havens, will be part of the agenda,” sources said on Sunday. Blinken’s visit comes barely a month ahead of US military withdrawal from Afghanistan. The deteriorating security situation in Afghanistan with the Taliban making advances across the war-torn country and capturing newer territory has caused concern in India as the Taliban have started targeting Indian assets there. The visit of the US Secretary of State also coincides with the India visit of Afghan Army Chief General Wali Mohammad Ahmadzai from July 27-29. Ahmadzai is expected to meet NSA Ajit Doval among other officials during his visit, during which the Afghan army chief could discuss logistic support and supply of military equipment. India has invested over $3 billion in key infrastructure projects in Afghanistan, including building roads, dams and the Parliament building.

“Discussions on deepening the Quad engagement will be a key focus area of talks, with the possibility of a Foreign Ministerial Quad meeting later this year,” the sources said. The talks will also take forward the Quad vaccine initiative to enable supply of vaccines produced in India from early 2022, to countries in Indo-Pacific region, they added. Blinken’s visit would coincide with his deputy, Wendy Sherman, heading to China where she will “represent the US interests and values and those of our allies and partners” in some tough talking. Sherman is to meet with Vice Foreign Minister Xie Feng and Foreign Minister Wang Yi in Tianjin on Monday. “I anticipate very clearly that she (Sherman) will be not only representing the United States, but she will be standing up and advocating her positions that are shared around the world,” a US official was quoted as saying in Washington. On reports that Blinken would likely raise the issue of human rights and democracy during his India visit, the sources said, “issues such as human rights and democracy are universal and extend beyond a particular national or cultural perspective”.

“India is proud of its achievements in both domains and is always glad to share experiences. As a long-standing pluralistic society, India is open to engaging those who now recognise the value of diversity,” the sources added. This was in response to Dean Thompson, the Acting Assistant Secretary of State for South and Central Asian Affairs, telling reporters in Washington on Saturday: “With respect to the human rights and democracy question, yes, you’re right; I will tell you that we will raise it, and we will continue that conversation, because we firmly believe that we have more values in common on those fronts than we don’t.” During Blinken’s visit the two sides are expected to explore ways and means to deepen their collaboration in defence. This will cover policy exchanges, exercises, and defence transfers and technologies, the sources said. These would be covered in greater detail during the fourth 2+2 Ministerial Dialogue due in the US later this year. On tackling the coronavirus pandemic, which has caused an unprecedented upheaval across the world, the discussions would cover containment of Covid-19 and Covid-19 recovery efforts, the sources said.

India will press for gradual resumption of international travel, while maintaining health protocols, especially easing mobility of students, professionals, business travellers, family reunions, humanitarian cases, etc. The need for resilient supply chains of critical medicines and healthcare equipment is likely to come up, the sources said. The remarks come as the US has seen Covid-19 cases rise by 65 percent in one week, while the Delta variant is on the rampage in several countries in Southeast Asia, including Indonesia, Myanmar and Thailand. India has sent medical oxygen to neighbouring Bangladesh to help it tackle the Covid surge there, while it also sent oxygen and oxygen concentrators to Indonesia earlier this week to help the country tide over the oxygen crisis. On vaccines, India will continue to push for ensuring open and consistent supply chains for materials and items required for vaccine production, as India ramps up both for domestic vaccination and as for global supplies thereafter, the sources added. Two sides will also exchange assessments about the Indo-Pacific region, with focus on Covid assistance, on the economic slowdown and the security scenario.

The latest developments pertaining to West Asia and Central Asia area are also likely to be covered, the sources added. Climate change would also be a focus area of the talks, particularly the potential for green collaborations as well as climate finance and transfer of clean technologies to developing countries, they said. “India will also engage with the US on other global issues. Political and cultural rebalancing are important trends. India supports a truly multipolar, democratic and diverse world order and expects international conversations to reflect this evolution. We believe in equity and fairness, whether in development, climate change or global decision-making,” the sources said. Discussions will also cover working together in the UN, especially with India holding the Presidency of the UN Security Council in August 2021, the sources added. Blinken is the third senior member of the Biden administration to visit India after Defense Secretary Lloyd Austin in March and Special Presidential Envoy for climate John Kerry in April.