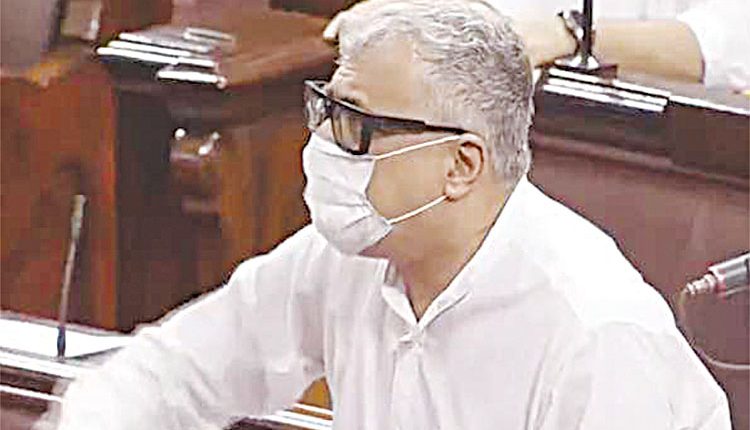 New Delhi, Aug 8 (FN Bureau) As the Monsoon Session of Parliament enters the last lap, the storm is likely to continue, with the Opposition persisting with its demands for a discussion on Pegasus controversy and repeal of the three Farm laws. TMC leader in Rajya Sabha Derek O’Brien told UNI today that a proper discussion on the Pegasus controversy is of immense importance because it concerns the national security. “The Opposition wants to discuss national security issues in the presence of the Home Minister,” O’Brien told UNI. The Rajya Sabha, along with the Lok Sabha, have witnessed continuous disruptions over the Pegasus controversy ever since the Monsoon session began on July 19. The session is scheduled to end on coming Friday.

O’Brien also demanded immediate scrapping of the three controversial Farm laws without any discussion. “Opposition wants repeal of farm laws and not discussion (on it),” the TMC leader said. He added that the Opposition wants a discussion on price rise. He rejected a reported suggestion by some other Opposition parties for extending the Monsoon session of Parliament beyond August 13 to make up for the time lost due to frequent disruptions. “It is all bakwaas (nonsense),” O’Brien said. It is estimated that 60 out of 78 hours of the Rajya Sabha have been lost due to non-stop uproar. While 8 bills were passed by the Rajya Sabha in the third week of the ongoing session, questions have been raised over the haste with which they were approved. Derek O’Brien had earlier this week taken a jibe at the government comparing the rushing of bills with that of making “papri chat” (a popular North Indian snack). “In the first 10 days, Modi-Shah rushed through and passed 12 Bills at an average time of UNDER SEVEN MINUTES per Bill,” O’Brien wrote on Twitter.

“Passing legislation or making papri chaat!” he asked sarcastically. This triggered a verbal spat between his party and the treasury bench members. While no bills could be passed in the first week of the Monsoon Session, the passage of bills picked pace this week, albeit with no discussion or very little. Other than two Appropriation Bills, the Tribunals Reforms Bill,2021 and the General Insurance Business (Nationalisation) Amendment Bill, 2021 are listed for discussion and passing on Monday in the Upper House. The first three weeks of the ongoing session have witnessed frequent disruptions and adjournments with Opposition members sticking to their demand of discussion on alleged Pegasus snooping, farm laws, price rise and other issues. Both Zero Hour and Question Hour have largely been the casualty of continued Opposition protests and the tussle with the government. The Monsoon session is scheduled to conclude on August 13, 2021.

‘Govt should look at tax structure imposed on handloom sector’