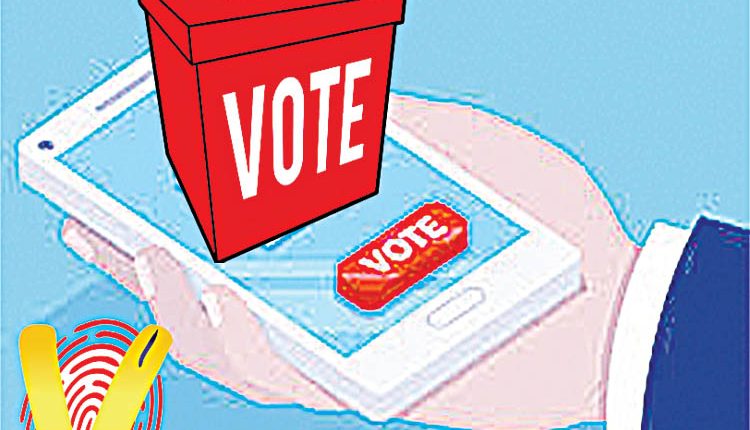 The COVID-19 has accelerated the process of world’s movement toward online services. Before Covid, there used to be a debate on when the world will accept electronic voting (eVoting). Now the debate is over and all organizations across the world are scrambling to find out the best online voting technology in the world. One of the world’s best online voting technology is provided by an Indian company – Right2Vote Infotech Private Limited (www.right2vote.in). Right2Vote’s technology is best not only because it is the most secured voting platform but also because it is the most transparent voting platform in the world. Security without transparency is nothing because a good voting system should not only be secured but should also be so transparent that it builds confidence with the stakeholders that it is secure.

Few of the security and transparency features of Right2Vote that makes it the best voting platform in the world includes:
Voter Selfie: In Right2Vote’s voting software, the system takes the photograph of the voters before they vote. This ensures that only the actual voter votes and no there is no scope for false voting. The election manager would be able to real time view the pictures of the voters. The election committee can put this live feed on the screen for representatives of candidates to see on real time basis. Voter Selfie is an optional feature meant for sensitive elections.

Geo-tagging: Right2Vote’s voting platform captures the voter’s precise longitude and latitude at the time of voting. Most of the voters vote from their home or place of work. Voter’s activity from a location different from voter’s actual location can be a red flag. Geo-tagging is also an optional feature for extra security.

Audit Trail: Apart from photograph and location the Right2Vote technology also captures the IP address and time of voting of each voter. This ensures that there is an audit trail maintained and in case of any dispute / complain, records can be shown for each voter individually of when they voted and from which IP address. This makes the voting process very transparent. Voters are not able to deny the act of voting, and nobody can make false claims that voting was done by somebody other than the authorised voter.

Unique IP Address restriction: Right2Vote also provide the option of restricting that each voter needs to vote from different IP address and no two voters can voter from the same IP address. This feature is used by many organizations to avoid people voting in groups.

Voter receipt: With this feature, a receipt is sent to the voter via SMS or email confirming his vote preference. It is similar to the VVPAT machines where voter is able to visually check to his satisfaction that his vote has been recorded as he has voted and there is no technical error. This feature helps in avoiding fake complains like ‘whatever we press, the vote goes to the predefined candidate’.

Encryption: The system is protected with 2048-bit secure sockets layer (SSL) encryption. All voting-related data transmission between the voter’s equipment and central servers of Right2Vote happens in encrypted form to ensure there is no possibility of hacking.

Server Confirmation: With server confirmation feature, the server takes a second confirmation from the voter about his selection and then only the voter is registered. This feature not only avoids any kind of errors at the end of the voter but also protects against any kind of ‘man in the middle attack’ or hacking.

Secret Ballot: Secret ballot is one of the most elementary requirements of most elections. Secret ballot entails that voter should be provided full privacy of his vote choice so that he is able to vote with full freedom without any pressure. However, there are very few organizations in the world who provides true secret ballot technology. Most other voting platforms store the voter’s individual vote preference data in their system which creates the risk of the data being accessed by employees or some other authorised personnel or data leakage due to hacking. The Right2Vote technology, ensures that the vote choice data and voter identity data is not stored together in the system at all which makes leaking of this data in future impossible.

Result Multi-key: Result multi-key feature ensures that no single person from election committee can access the result on their own. With this feature, result can be opened only after 3 different authorised officials provide their key. This feature is like the bank locker where both the locker owner and the bank manager have to insert the key to open the locker. This feature is very useful for elections where the candidates do not trust the election committee and would like the result to be opened in front of their representatives.

US to require foreign travelers to be fully vaccinated, show Proof