VANSHIKA PAHAL has won the show On The Basis Of Her Hard Work, Talent And Skills 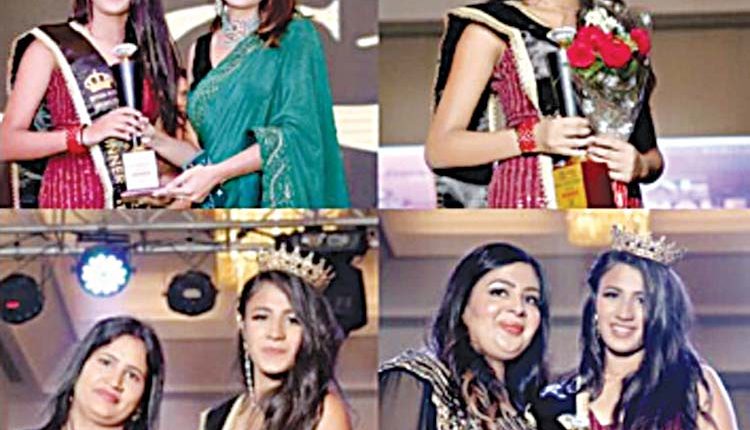 Someone said nothing is “impossible” the world itself says “I am possible” today we are talking about the confident girl “Vanshika Pahal” who won the title of Miss Teen India 2022 on the basis of her talent and confidence. In the Organised show €œImperial Glitz Miss India show 2022 season 5 €œpresented by “Saruchi Diwan” which was held in hotel “Park Plaza” Chandigarh , the Bigg Boss 13 fame “Shefali Bagga” was celebrity guest along with “Vanshika Pahal” from GUMAR Haryana was one of the finalist of the show. She told us in her interview that her parents support her very much and look after her every time . She also told us that she was very excited to compete with other contestants and to showcase her talent and skills. She told that her idols are her mother “Sonia Malik” & father “Mr Sunil Kumar” they both are very hard working and supporting and two of her teacher one is “Mrs Rakhi Dhara” who is the owner of “Expression makeover” and second is dance teacher “Mr.Akash Sharma” who is the owner of “Aakash Dance Academy”.

Vanshika Pahal told us that when she came to the finale she experienced that there is so much competition among people and as she believed in herself she did her best and won the title of the Miss Teen India 2022 and started her successful journey with a great success. She was also honoured by subtitle Miss India Beautiful 2022. Vanshika Pahal is a student of 8th class and 14 years old. Vanshika Pahal further said that this great opportunity really mean to her and had a great experience in the grooming and fitness sessions. Vanshika Pahal told about her two days grooming and fitness session and she told that she had a great experience in experiencing new things and to know about more things .She wants to be a super model in future and a role model for all those girls who need to take up a stand for them and show up their talent and shine like a star. Her face genuinely opened upto us of how grateful and happy Vanshika Pahal was to win this great opportunity. It will play an important role in motivating other girls and womens to show up their talent and shine. Vanshika Pahal owned Saruchi Diwan director of Imperial Glitz for providing a great platform. Vanshika Pahal newly crowned Imperial Glitz Miss Teen India 2022 has won the title on the basis of her talent and skills.