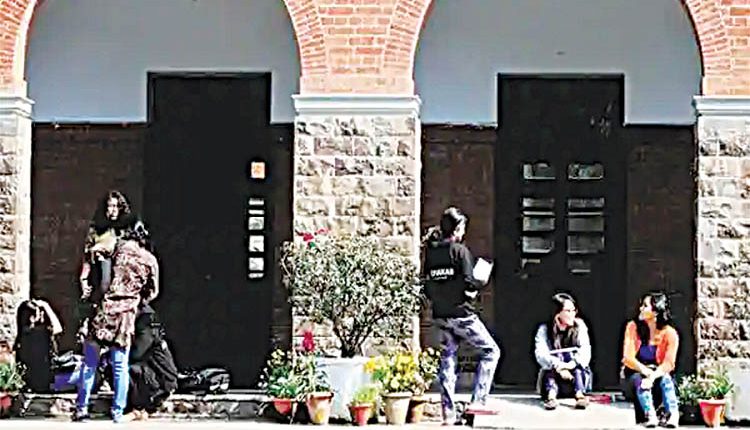 Western Union, a global leader in cross-border, cross-currency money movement and payments, today released a new multi-generational study[1] on ‘Education Overseas – An Evolving Journey’, to understand the collective journey Indian families go through as they strive toward their child’s international education and a global future. The study, commissioned by Western Union to NielsenIQ, provides a 360-degree perspective on the rapidly changing landscape, evolving priorities, key barriers, and emerging trends that impact the decision-making process of students planning to study abroad. The study also reveals some of the paradoxes, points of differences, and cultural tensions in such families.

The findings highlight a considerable shift in perspective of how students and parents are now viewing options for education abroad. Per data available from the Ministry of External Affairs (MEA), students from over 70,000 families went abroad to study in the first two months of 2021, undeterred by the pandemic. A majority of the students cited overall personal development as the most significant driver triggering their decision to study abroad – a belief that being in a foreign country empowers them to be independent and provides a sense of freedom. This was followed closely by ‘cultural exploration’ and ‘international exposure’ driving their decision-making process. On the other hand, ‘access to increased job opportunities’ and ‘quality of life post global education’, which have been the cited reasons until very recently, are now falling off the priority list or much lower in the consideration set. “We want to be a part of every young Indian student’s journey as they explore global learning opportunities in a ‘borderless’ world,” said Sohini Rajola, Head of Middle East and Asia Pacific, Western Union. “As a trusted brand, enabling movement of money for a better world with our inbound and outbound cross-border money transfer capabilities, we undertook this research to better understand students’ goals and aspirations as they navigate this journey with their families.”

Several interesting trends emerged from the study, showcasing the evolving priorities for Gen Z:
In terms of country of choice, while the U.S., UK, Canada, and Australia continue to stand out as the top four destinations, newer destinations like Germany, Italy, Ireland, Turkey, Russia, and China saw a significant rise in students preferring these countries not previously on the consideration list. As of January 2021, there were more than 10.9 lakh Indian students studying in 85 countries across the globe, as per the data accessed from MEA. Countries like China (29,600 students), Germany, and France (10,000 students combined) also now have a considerable Indian student population Another surprising trend was that students intending to study abroad now prefer specialized courses (52%) over the reputation of a university when making a choice. They seek courses that are niche, but slowly gaining importance, often looking beyond Ivy League Universities that are unable to offer these courses.

Qualifying exams remain a big barrier for students (64%), leading to opting for countries/universities that do not have entrance exams or the mandatory English proficiency tests
Parents expressed distress related to student loans with many worrying about repaying loans owing to the volatile nature of the current landscape. Money-related concerns, particularly budgeting and financial planning, were the key barriers expressed by both students and parents, as playing a key deciding factor in the entire process. Over half (54%) identified financial issues as the topmost concern while opting for an education abroad. This also reflected in their decision to opt for courses with a shorter duration (with 47% of students preferring them) due to the high costs associated with studying abroad.

Three in four students surveyed looked for scholarships while selecting their course, due to high tuition fees
“At Western Union, our strategy is focused on cross-border money movement to and from almost anywhere in the world. Students have reliable and convenient support from our global financial network across more than 200 countries and territories. Given that they are exploring newer avenues for education, we can make sure they continue to remain financially supported and connected at all times,” added Rajola. Outward remittances by resident Indians rose sequentially by 34% since October 2020 with outflows for education picking up in the last quarter. Education related remittances accounted for over 30% of India’s total outward remittances in FY 2020-21. Outward remittances for education saw 64% y-o-y growth, with US$ 1.2 billion remitted between April – June 2021, up by 5.3% compared to January – March 2021[2].

Western Union has been operating in India since 1993 and has a demonstrated history of creating one of the largest money movement networks. Western Union’s platform provides seamless cross-border flows and its leading network bridges 200+ countries and territories and more than 130 currencies. With its outbound remittance services via WU.com, in association with YES BANK, Western Union now aims to offer the same convenience to people sending money outside of India to major regions of the world, including North America, Europe, parts of Latin America, the Middle East and Asia Pacific, as it offers to send money into India.

About Western Union
The Western Union Company (NYSE: WU) is a global leader in cross-border, cross-currency money movement and payments. Western Union’s platform provides seamless cross-border flows and its leading global financial network bridges more than 200 countries and territories and over 130 currencies. We connect businesses, financial institutions, governments, and consumers through one of the world’s widest reaching networks, accessing billions of bank accounts, millions of digital wallets and cards, and more than 550,000 retail locations. Western Union connects the world to bring boundless possibilities within reach.