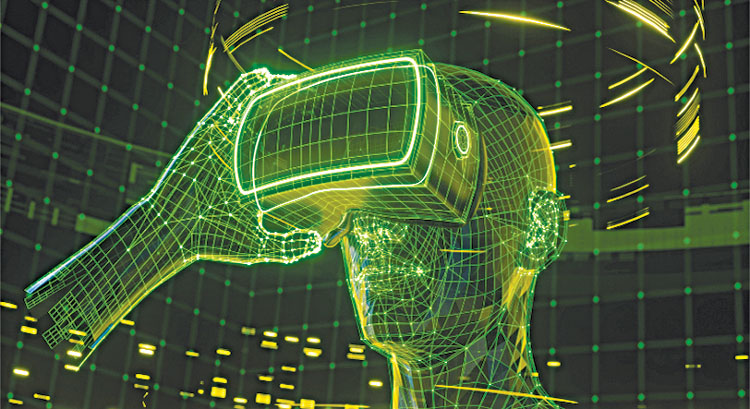 NVIDIA recently announced a major expansion of NVIDIA Omniverse™ — the world’s first simulation and collaboration platform that is delivering the foundation of the metaverse — through new integrations with Blender and Adobe that will open it to millions of more users. Blender, the world’s leading open-source 3D animation tool, will now have Universal Scene Description (USD) support, enabling artists to access Omniverse production pipelines. Adobe is collaborating with NVIDIA on a Substance 3D plugin that will bring Substance Material support to Omniverse, unlocking new material editing capabilities for Omniverse and Substance 3D users. NVIDIA Omniverse makes it possible for designers, artists and reviewers to work together in real time across leading software applications in a shared virtual world from anywhere.

“NVIDIA Omniverse connects worlds by enabling the vision of the metaverse to become a reality,” said Richard Kerris, vice president of the Omniverse development platform at NVIDIA. “With input from developers, partners and customers, we’re advancing this revolutionary platform so that everyone from individuals to large enterprises can work with others to build amazing virtual worlds that look, feel and behave just as the physical world does.” The metaverse is an immersive and connected shared virtual world. In it, artists can create one-of-a-kind digital scenes, architects can create beautiful buildings and engineers can design new products for homes. These creations can then be taken into the physical world after they have been perfected in the digital world. “Lots of companies are, and have been, talking about the metaverse, but NVIDIA is one of the few that is actually delivering on its promise,” said Jon Peddie, noted author, consultant and founder of Jon Peddie Research. “NVIDIA brings a broader understanding of the needs of designers of all types and has many of the tools they can use — for free. The NVIDIA Omniverse platform has the potential to transform nearly every industry by making truly collaborative, creative innovation possible in a common virtual space for the first time.”

Omniverse Ecosystem Expands
NVIDIA Omniverse has a swiftly growing ecosystem of supporting partners. Key to Omniverse’s industry adoption is Pixar’s open-source USD — the foundation of Omniverse’s collaboration and simulation platform — enabling large teams to work simultaneously across multiple software applications on a shared 3D scene. This open standard foundation gives software partners multiple ways to extend and connect to Omniverse, whether through USD adoption and support, or building a plugin, or via an Omniverse Connector. Apple, Pixar and NVIDIA have collaborated to bring advanced physics capabilities to USD, embracing open standards to provide 3D workflows to billions of devices. Blender and NVIDIA have collaborated to provide USD support to the upcoming release of Blender 3.0 and the millions of artists who use the software.

NVIDIA is contributing USD and materials support in Blender 3.0 alpha USD, which will be available soon for creators. “NVIDIA’s engineering efforts on integrating USD into Blender is exemplary for how the industry contributes to open source,” said Ton Roosendaal, Chairman of the Blender Foundation. “Thanks to USD, Blender artists can have high-quality access to studio pipelines and collaboration platforms such as Omniverse.” NVIDIA and Adobe are collaborating on a Substance 3D plugin that will unlock new material editing abilities for Omniverse and Substance 3D users. Artists and creators will be able to work directly with Substance Materials either sourced from the Substance 3D Asset platform or created in Substance 3D applications, creating a more seamless 3D workflow. “Adobe is dedicated to an open and connected community of 3D designers,” said Sebastien Deguy, vice president of 3D and Immersive at Adobe. “As an industry standard, Substance will strengthen the Omniverse ecosystem by empowering 3D creators with access to Substance 3D materials.”

Global Leaders Use Omniverse
Among the over 500 companies that have been evaluating Omniverse are: Lockheed Martin is working with Omniverse for wildfire simulation, prediction and suppression. Its AI center of excellence has launched an initiative with NVIDIA called Cognitive Mission Management to develop a strategy for emergency response and fire suppression efforts. “Using NVIDIA Omniverse and AI to simulate wildfires will help us to predict how quickly and in which directions they spread and to explore the effects of environmental variables like wind, moisture and ground cover on their behavior, so firefighting teams can better respond and reduce their damaging impact,” said Shashi Bhushan, principal AI software and systems architect at Lockheed Martin. “Our ultimate goal is to develop models that coordinate sensor data and real-time analysis to inform an AI that guides varying levels of human intervention.” SHoP Architects, based in New York, is using Omniverse for real-time collaboration and visualization. Omniverse lets the firm’s team use the right software for the right task, and bring all the resulting data together in one place, where it can be extended and deployed using the platform.

“The ability to make decisions quickly and accurately across our interdisciplinary teams is core to SHoP’s process,” said Geof Bell, associate, Digital Design and Delivery at SHoP Architects. “Omniverse will enable us to bring data from multiple experts together in a single authoritative way, curating it to present the right information at the right time, paired with high-quality visuals for intelligent, evocative design.” South Park, the long-running, Emmy Award-winning animated television series, is exploring Omniverse to enable several of its artists to collaborate on scenes and optimize their insanely limited production time. “NVIDIA Omniverse will give multiple animators at our studio the ability to collaborate on a single scene, simultaneously,” said J. J. Franzen, CIO at South Park. “Using our NVIDIA RTX A6000 GPUs and Omniverse will provide our creative geniuses more opportunities to cause ever greater trouble on the show.”

Availability and Pricing
NVIDIA Omniverse Enterprise is currently in limited early access. The platform will be available later this year on a subscription basis from NVIDIA’s partner network — including ASUS, BOXX Technologies, Dell Technologies, HP, Lenovo, PNY and Supermicro.

About Nvidia
Nvidia (graphics card maker) NV. Corporation is an American multinational technology company incorporated in Delaware and based in Santa Clara, California. It designs graphics processing units for the gaming and professional markets, as well as system on a chip units for the mobile computing and automotive market. NVIDIA is known for developing integrated circuits, which are used in everything from electronic game consoles to personal computers (PCs). The company is a leading manufacturer of high-end graphics processing units (GPUs).