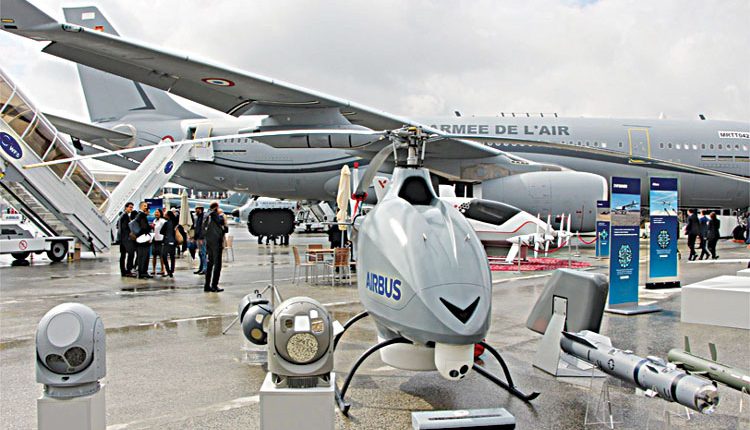 “India is self-sufficient in the manufacture of fighter aircraft, missiles, satellites, radar systems and other defence equipment. India is stressing on increasing export of defence equipment to friendly nations. India will be on the top list of global arms exporters in the next few years,” said Defence Secretary (Research and Development) and DRDO President. G. Sateesh Reddy on celebrating the 6th foundation day of MIT Art, Design and Technology University, Pune. Dr G. Sateesh Reddy and MIT ADTU Family Celebrating the 6th Foundation of MIT ADT University Further Dr. G. Sateesh Reddy said that this is the era of growth in space technology. India has launched more than 40 satellites through PSLV satellite launchers. Heavy satellites are launched into space by the GSLV Satellite Launcher. Work is underway at various levels in India to send a man into space, ‘Chandrayan, Marshyan’. A variety of new technologies are being launched by the Department of Defence.

Today, India is the 6th largest producer of fighter aircraft and battle tanks in the world and the 4th largest producer of supersonic Brahmāstra missiles in the world. The world’s largest range gun is being manufactured in Pune. The development of new technologies is being encouraged through DRDO start-up companies. It wants to establish its identity as a country that will export defences technology. Universities and educational institutions will play an important role in this. DRDO has started several Centres of Excellence in the country. DRDO has signed MoUs with more than 3,000 educational institutions. MIT ADT University should take the initiative to start a course on Defence Technology. Currently, 8,000 students across the country are doing internships in DRDO’s labs. They are being given the opportunity to study defences technology. An incubator will provide Rs 1 crore to students and Rs 10 crore to industry to encourage innovation. The research will be promoted in Bioengineering Labs, Foot Technology Labs, and Marine Engineering Labs.

Meanwhile, Apple training centre, MIT School of Indian Civil Services and MIT-ISBJ’s Translation and fact-checking laboratory were inaugurated. Air Marshal Shri. Ajit Bhosale said, “The task of building a successful personality through holistic development should be done by the universities. Teachers should continue to work recognizing their responsibility for the development of the country. National character, nationalism, nationalism and competence for nation-building should be inculcated in the students. Online education is causing huge losses. This has created a gap between online education in urban and rural areas. Webinars, exams, online learning methods have been adopted. Efforts will have to be made to strengthen the education system in rural areas. We need to provide problem-solving education.” Prof. Dr. Vishwanath Karad said, “MIT ADT University is using research, innovation and creativity in its curriculum as well as the university is providing value-based education to all its students. Through holistic education, the university is working on the overall growth of its students. MIT ADT University is working to create a peace-loving society.”