Electric vehicles-and driving with only one pedal 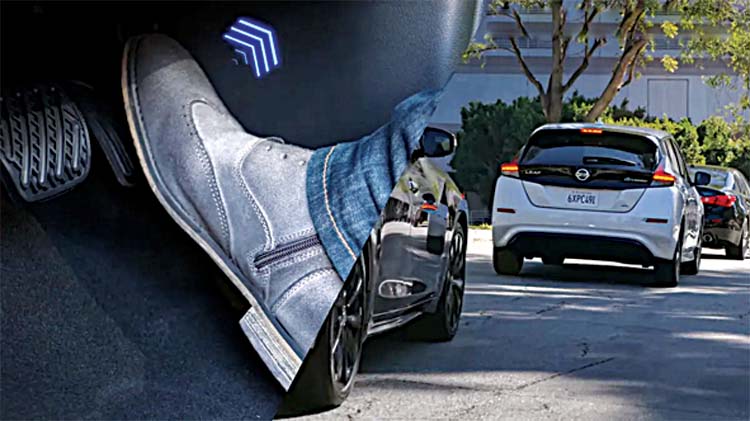 The car’s computer controls the system, and it still doesn’t involve traditional brake pads. But it responds based on how much pressure the driver applies to the brake pedal. Many plug-in hybrid electric vehicles (PHEVs) and electric vehicles (EVs) offer a one-pedal driving technique. This unique PHEV and EV benefit provides the ability to stop and go using only the accelerator pedal. Instead of coasting, the car immediately slows down — much harder and faster than when a driver releases the gas pedal in a traditional vehicle.

Electric cars come with a feature called “regenerative braking.” In effect, this uses the vehicle’s motors like generators to convert the kinetic (moving) energy of the vehicle back into electricity to recharge the batteries. The Drive reported that it’s the first fully electric car to include this technology, which engages a electrohydraulic system. The car’s computer controls the system, and it still doesn’t involve traditional brake pads. But it responds based on how much pressure the driver applies to the brake pedal. Many plug-in hybrid electric vehicles (PHEVs) and electric vehicles (EVs) offer a one-pedal driving technique. This unique PHEV and EV benefit provides the ability to stop and go using only the accelerator pedal. Instead of coasting, the car immediately slows down — much harder and faster than when a driver releases the gas pedal in a traditional vehicle.

Almost all electric and hybrid vehicles are able to convert kinetic motion into electricity, i.e. regenerative brakes, but since the internal combustion engine is not used to slow the vehicle when using regenerative braking, it is not the same as engine braking. EVs are slower speed because most manufacturers of electric cars limit the top speed to preserve battery charge. This is why most EVs are designed with just one fixed ratio for the purpose of reducing the electric motor speed, which is usually between 8000 and 10,000rpm, before it is transmitted to the wheels. The interest in electric vehicles or EVs is growing and one is often asked, “How different is the EV driving experience. Well though there are some similarities, there are also several huge disparities. In this series of stories, we will highlight how driving an electric vehicle, is quite unlike a conventional car.

Internal combustion engine powered manual gearbox cars, have three pedals and automatics two. Electric vehicles also come with two pedals, but the big difference is that you can actually drive them most of the time, with just one-pedal. This distinctive “one-pedal driving is possible due to regenerative braking or the regenerative energy systems fitted on EVs. These basically harness an electric vehicle’s kinetic energy, and convert it back to electrical energy while decelerating, going downhill, or braking.

Though charging the batteries is the main goal, it also facilitates “one-pedal driving. This is because whenever you release the accelerator in an EV, it automatically initiates regenerative braking, which in turn slows the car down quite rapidly. Compared with a conventional IC engine powered car, the speed of deceleration when you take your foot off the pedal in an EV is such that you feel like someone has automatically started applying the brakes. As the deceleration continues until you step on the accelerator again, you actually don’t need to physically apply the brakes to bring most EVs to a halt.

Some electric cars like the Audi e-tron also come with advanced and adjustable energy regeneration or recuperation systems, which permit the driver to decide on the amount of regeneration. Yes, the driver can opt to make the EV free-wheel like it’s in neutral or even decide on the degree of retardation for regeneration.
In an EV fitted with such a system of brake recuperation and coast recuperation, if you opt to let it coast freely, it simply glides forward making best use of all its low rolling resistance ability. But when you choose to go down a stop or two, to increase the retardation for regeneration of energy, it’s like pulling the reins and getting engine braking or in this case, electrical energy braking along with recuperation. So you can actually use the accelerator to both, increase speed and slow down. In fact it’s almost akin to using a gearbox to determine the level of engine braking in a car.

Most EVs also have what can be termed as a power meter. When you accelerate, this shows how much of the power you are utilizing. And when you brake or free-wheel and slow down the EV, the regeneration system tries to capture all the possible energy and the levels of energy being recuperated, are also shown in this meter.
This “one-pedal driving of course requires good anticipation and understanding of the traffic on the part of the driver, and as the brakes work just like they do in a normal car, you can apply them in an emergency or whenever you choose. But the real fact is that you can drive almost all electric cars by smartly modulating and using just the accelerator pedal. The only exception is in the rare case, when a particular manufacturer chooses to go easy on the energy regeneration, and the system allows the EV to glide forward just like a regular car.

Lift off the pedal and the e-Pedal mimics stepping on the brake pedal, allowing the vehicle to slow down and even come to a complete stop. In stop-and-go city traffic, the e-Pedal greatly reduces the need to shift from one pedal to the other, making driving simpler and more engaging.