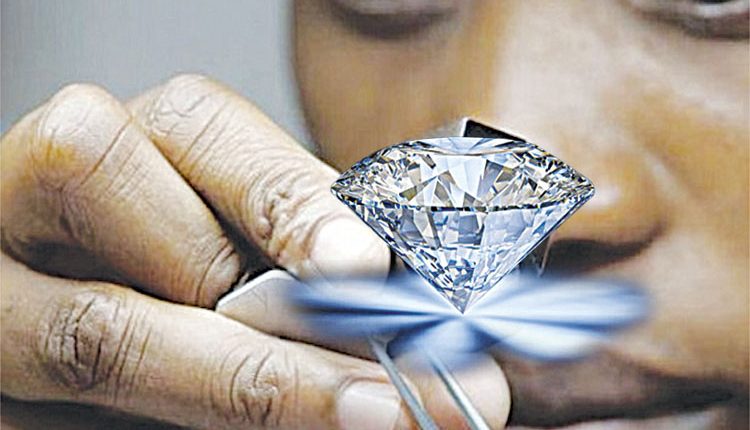 Due to the worsening pandemic situation in many countries there is an air of uncertainty about how long it will continue. The cut and polished diamond exports from April to November this year at Rs 66,419 crore is almost 33 per cent lower than that of the same period of last fiscal.

Hundreds of raw diamond cutting and polishing units in and around Surat city of Gujarat are again abuzz with activities after a prolonged lull. The completely export dependent world’s largest diamond cutting and polishing hub here, which employs over 10 lakh workers and gives finishing touch to eight out of every 10 such gems sold across the globe, was facing a slowdown for the past over two years. The situation worsened from the last week of March this year when all the units were suddenly shut due to the Covid-19 pandemic induced lockdown.

With the demand from importing countries reaching almost normal levels in the last couple of months, the industry which was badly struggling even after the beginning of the unlock process, is now looking like re-railing. But due to various reasons including the worsening pandemic situation in many countries there is an air of uncertainty about how long it will continue. The cut and polished diamond exports from April to November this year at Rs 66,419 crore is almost 33 per cent lower than that of the same period of last fiscal. However, the November 2020 exports at Rs 12,214 crore (23.08 lakh carat) is almost 45 per cent higher as compared to November 2019 in value and almost 35 per cent in volume terms, according to the latest data of the Gems and Jewellery Export Promotion Council (GJEPC India). It had dipped by almost 80 per cent In May after the lockdown. The production re-started here amid restrictions following unlock-1 in June with almost no or very slow signs of recovery in the beginning. Export figures were much lower compared to last year. In October, however, the exports almost equaled that of the corresponding month of last year.

CAUTIOUS OPTIMISM: While many in the industry see the recent production-rise as a temporary affair driven by the festive season linked demands, some are hopeful that it will continue. Almost all of the diamond polishing and cutting units in India are in Gujarat of which over 70 per cent are in Surat alone.

Aalmost all the diamonds polished here are exported. Around 80 per cent goes to Hong Kong- a free-port. The US, Europe and China are also prominent importers. There are two reasons for the current production-rise; one is the demand-increase around festivals like Diwali and Christmas and the second and more important is to restore traders’ stocks which had almost emptied after the lockdown. The shortage of workers and raw material is also there. Our industry is in fact facing a slowdown for the past around 2 years. It suffered due to the controversy around exports of lab grown or artificial diamonds in 2017-18 and the last year’s scam involving diamantaires Mehul Choksi and Nirav Modi which resulted in difficulty for the industry in getting bank credits. Later the political instability in Hong Kong- the biggest importer- affected it. The largest diamond trade expo there was cancelled. Now the pandemic has struck,’ Jasani explained.

WORKERS’ RELUCTANCE: ‘The 30 to 35% pay-cuts after the pandemic have not yet been reversed. Of around 17 lakh total diamond workers, about 12 lakh work in Surat alone in over 20,000 units most of which are small and unregistered. The labour laws are also poorly implemented. ‘8 to 9 lakh are from Saurashtra region and around 2.5 lakh are from other states mostly from bordering Madhya Pradesh, Rajasthan and Maharashtra. Over 3 lakh have not yet returned due to the fear of the situation created by the pandemic. It is almost impossible to follow social distancing norms in the cramped smaller units. Because of it, a large number of workers have been infected. The municipal corporation in the city which has seen over 940 covid deaths so far, regularly conducts raids. It often seals such units resulting in sudden unemployment of workers who are already under debt burden due to the lockdown woes. A random positive test leads to 14 days quarantine or treatment adding further to the misery of such outside workers who pay rents etc., to live here. There is also no guarantee of continuous work for many.

After the pay-cuts most of the workers get a meagre monthly salary of Rs 9 to 12 thousand. Due to crippled financial situation, around 18 workers including the leader of Surat Ratn-kalakar Sangh, Paresh Gajera (53) ended their lives in the last few months. The overall production/export figures in volume terms are almost stagnant for many years. A number of small units have closed while a handful of bigger ones have prospered. The government should, with proper policy interventions, provide a level playing field for all. Changing gifting habits like giving smart-phones and other gadgets instead of diamonds as expensive presents have also adversely impacted the industry, he added.

Data and Artificial Intelligence – Contribution in the 500 Billion Dollar…

WHAT IS MEANT BY MINING POOL?

Everything You Do Makes a Point with ALL – Accor Live Limitless