Auto sales skid in May as COVID second wave bites 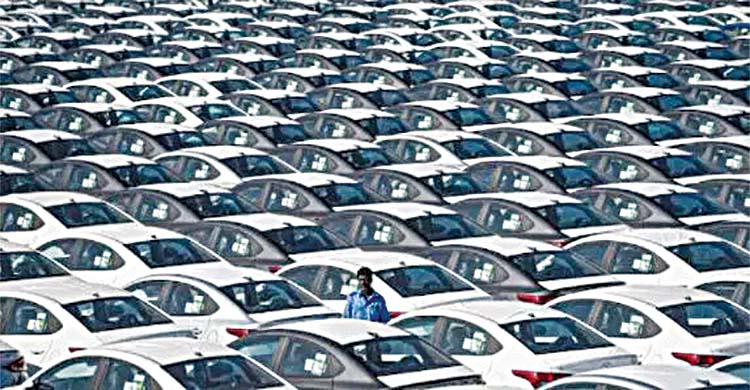 Major automobile manufacturers like Maruti Suzuki, Hyundai, Mahindra & Mahindra, Tata Motors and Toyota Kirloskar on Tuesday reported decline in domestic passenger vehicle sales in May compared to the previous month as a spike in COVID-19 cases and lockdowns across various states hit production and dispatches.

The country’s largest carmaker Maruti Suzuki India (MSI), which shut production from May 1 to May 16 so as to divert oxygen from industrial use for medical purposes, reported domestic dispatches to dealers at 35,293 units last month, down 75 per cent from 1,42,454 units in April.

The company said sales of its mini cars, comprising Alto and S-Presso, declined by 81 per cent to 4,760 units in May as against 25,041 units in April this year. Sales of compact segment vehicles, including Swift, Celerio, Ignis, Baleno and Dzire, declined by 72 per cent to 20,343 units from 72,318 cars in April. Likewise, utility vehicle sales, including Vitara Brezza, S-Cross and Ertiga, declined 75 per cent to 6,355 units as against 25,484 in April. ‘In May, the company shut production from May 1 through May 16 so as to divert oxygen from industrial use for medical purposes. ‘In May 2020, the company witnessed production disruption owing to lockdowns. Since neither of the two months had normal production, the sales volume of May 2021 are not comparable with May 2020,’ MSI said.

Rival Hyundai Motor India Ltd (HMIL) posted domestic sales of 25,001 units last month as against 49,002 units in April, a drop of 49 per cent. Homegrown auto major Tata Motors said its passenger vehicle sales in the domestic market stood at 15,181 units in May, down 40 per cent from 25,095 units in April this year. Similarly, compatriot M&M’s domestic passenger vehicle sales stood at 8,004 units last month, down 56 per cent from 18,285 units in April 2021. Toyota Kirloskar Motor (TKM) reported total sales of 707 units in May. It had reported wholesales of 9,622 units in April and 1,639 units in May last year. ‘Last month witnessed no production at our plants in Bidadi as well as minimal sales owing to the much needed restrictions and sporadic lockdowns in different parts of the country.

‘Hence comparing last month’s performance to that of May 2020, would be highly skewed, as May 2020, had witnessed a gradual restart of both operations and sales,’ TKM Senior Vice President Naveen Soni said in a statement. More so for TKM, as even before the restrictions were announced in Karnataka, the company was well within its planned annual maintenance shutdown, thereby adding onto the number of non-production days, he added. Honda Cars India Ltd (HCIL) said it despatched 2,032 units in domestic market in May 2021 amid the prevailing second wave of COVID-19 and state-wide lockdowns. ‘Multiple state-wide lockdowns throughout the country to control the spike in COVID-19 infections in May 2021 impacted retail business. ‘During last month, we also undertook extended maintenance related shutdown of our factory leading to limited production but effectively breaking the chain amidst high number of cases in north India,’ HCIL Senior Vice-President and Director, Marketing & Sales, Rajesh Goel said.

The company will closely monitor the on ground situation with its dealer partners to understand the consumer sentiment and accordingly plan production and supplies in coming months, he added. Another carmaker MG Motor India reported sales of 1,016 units in May 2021, impacted by lockdown imposed to curb the second wave of the COVID-19 pandemic along with production constraints due to diversion of oxygen for medical use. The company said its retail business was severely impacted as almost all markets remained closed during the lockdown for most part of the month of May 2021. ‘The vehicle production during the month was impacted due to shutdown to divert oxygen for medical use. Additionally, supply chain constraints impacted production as suppliers remained closed during the lockdown in May,’ it added. Production levels also remain impacted by the shortage of semiconductor chips globally, the carmaker said. On the outlook, MG Motor India Director – Sales Rakesh Sidana said,’The continued lockdown in some states in June 2021 indicates that part shortage will continue to hamper overall production next month. Based on the booking trend we are hopeful of an uptrend in June.’