50 Years of M: The Most Thrilling Birthday in the World! 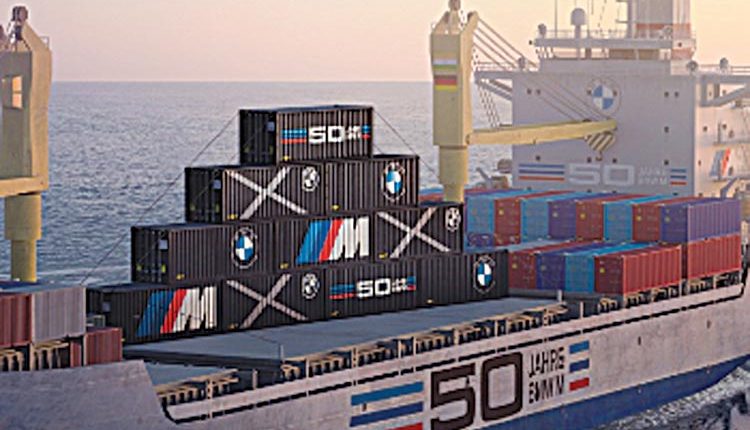 ​2022 marks the 50th anniversary of the legendary BMW M GmbH division and BMW India plans to celebrate this milestone by raising adrenaline to the next level. A series of prized ‘50 Jahre M Editions’, special M Accessories reminiscing the iconic brand, thrilling events and emotional campaigns have been set in motion to celebrate the ‘Power of M’. Back in 1972, BMW Motorsport GmbH was founded with just 35 employees and a single aim – to create the world’s best sports cars. Following year, the BMW 3.0 CSL debuted at the Touring Car Championship and dominated the European Championship for the next six years. And that was only the start of many more outstanding automobiles and racing wins. Since then, BMW M GmbH has penned an unparalleled journey, fuelling BMW through development of high-performance track-dominating cars.

Mr. Vikram Pawah, President, BMW Group India said, “M is the strongest letter in the world and in its 50th anniversary it is stronger than ever. Inspired by motorsport, BMW M philosophy is the perfect interplay of dynamics, agility and precision while being suitable for everyday use. However different the vehicles and their drivers might be – we all love the faster heartbeat, the adrenaline and goose bumps triggered by every M car. To celebrate M’s fascinating history, BMW India will launch 10 alluring ‘50 Jahre M Editions’ across the product portfolio. We are also excited to share that later this year we will launch BMW M Certified dealerships, a one-stop-shop for an unbeatable purist experience. Above all, this jubilee is dedicated to drivers, the brand’s friends and all M enthusiasts.” 10 distinct ‘50 Jahre M Editions’ will give customers an opportunity to express both their passion for motor-racing and their awareness of tradition. Stealing the spotlight will be special editions from the powerful M stable including the BMW M340i, BMW M4, BMW M5. The robust BMW Sports Activity Vehicle (SAV) range will also get its own ‘50 Jahre M Editions’ combining the best of off-roading capabilities with high-performance attributes of M. Popular BMW sedans such as BMW 6 Series and BMW 5 Series will commemorate the anniversary year with their own exhilarating M Editions. These limited-edition models will be available exclusively online at shop.bmw.in only.

The first to launch will be a stand-out rendition of the highly successful BMW M 340i xDrive. Locally produced at BMW Group Plant Chennai, it is the first high-performance BMW with an M engine to be made in India. This car has the soul of the BMW 3 Series, amplified power of M and driving competence of BMW xDrive. Ever since it was introduced in 2021, the car has been continuously sold out due to tremendous demand. Iconic and historically significant BMW M paint finishes and upholstery options will also be offered for select models. Style-defining colors such as Dakar Yellow, Fire Orange, Daytona Violet, Macao Blue, Imola Red or Frozen Marina Bay Blue refer to the various eras of BMW M. Customers can add sporting character to every detail with three head-turning ‘50 Jahre M Edition’ accessories packages which will be available at an attractive launch pricing. The Racer’s Pack will be the perfect choice for those who like stronger muscle command in their vehicles with exterior accessories like Rear Spoiler in Matt black, Side Sill Transfers in Matt Black and Key Fob. The Motorsport Pack goes a step further and gives a 360 makeover to the exterior as well as interior. It includes accessories like M Performance Steering Wheel, Selector Gear knob in Alcantara, Rear Spoiler in Matt Black to name a few. The Carbon Pack has been curated to give the car a fiery racing character inside out. Here, the list consists of interior trims in Carbon Fibre, M Performance Steering Wheel, Selector Gear knob in Carbon Fibre, Rear Spoiler in Carbon Fibre among others. The pairing of packages / accessories will vary from one model to another.

BMW M is putting down a marker for those who love tradition. Customers who opt for a BMW M automobile, special M Edition variants or a model equipped with an M Sport package will have their vehicle’s front, rear and wheel hubs decorated with M emblems inspired by the classic ‘BMW Motorsport’ logo. As an alternative to the conventional BMW emblem, it signals passion for racing and for the roots of the BMW M brand. The BMW logo with the shifted semicircles in blue, violet and red was first used in 1973 on the racing car of BMW Motorsport GmbH. In 1978 and with the debut of the BMW M1 the three color stripes slanted to the right and leaning on the letter M followed. Even beyond the motorsport scene it became a trademark with particularly high recognition value and identification power. BMW India will also introduce dedicated M Certified Dealerships in India where enthusiasts will find everything M under one roof. Charged with the flair of M, these dealerships will provide the classic feel and ultimate high-performance experience that is associated with the brand.

US remained top market for Indian engineering goods in May, shipments to China decline: EEPC India

Mahindra Scorpio-N is the first SUV model in the world

Bangalore based IT professional makes an impression at Mrs India World