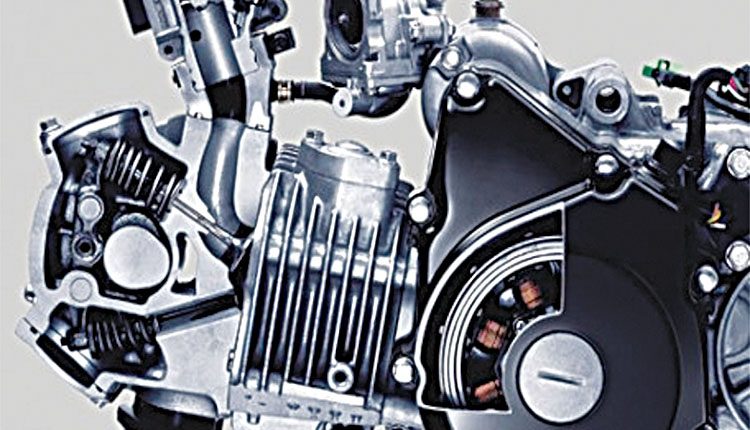 Market Overview
The 2-wheeler fuel injection system market is expected to register a CAGR of nearly 7% during the forecast period (2020-2025).
• Owing to the stringent government rules and regulations regarding two-wheeler emissions, increasing demand for cleaner and efficient vehicles, and inefficiency of carburettor systems, the market for fuel injection systems is witnessing growth.
• Ride-by-wire (RbW) technology is witnessing rapid adoption, as it uses actuators, sensors, and the Electronic Control Unit to throttle wire to regulate the supply of fuel and air in the engine, thus providing high efficiency and engine performance. Earlier, RbW was factory installed only in high-end bikes. However, now it is introduced in mid-segment bikes, such as KTM Duke 390.
• Engine downsizing is on the rise, as two-wheeler makers are developing smaller engines with better fuel injection systems. Downsizing shifts the engine operation to high loads where high engine efficiency exists. Due to lighter weights, these engines improve fuel consumption.
• There is growing government support and popularity for electric two-wheelers, such as the recent launch of Ather 450X scooter in 2020 and Revolt 400 electric motorcycle, Kraf, in 2019, may hinder the growth of the fuel injection system market in the coming years, in India, Vietnam, Indonesia, and Thailand.

Key Market Trends
Electronically Controlled Fuel Injection System may Witness Growth During the Forecast Period
A fuel injection system atomizes the fuel at very high pressure, mixes it with oxygen in the proper ratio, and sprays it in particular engine cylinders making them highly efficient, unlike the conventional carburetors that do not monitor the air-fuel ratio and spray the mixture in multiple cylinders, leading to unburnt fuels and misfiring of engines, which further leads to engine inefficiency. Today, the fuel injection system is connected to the electronic control unit through microcomputers, fuel pump regulators, engine regulators, and oxygen sensors to provide accurate and controlled fuel-air mixture.

In India, two-wheeler sales increased despite the overall decline in the national automotive industry. The new BS-VI standard makes the fuel injection system mandatory in two-wheelers. New models of two-wheelers have high fuel efficiency and low emission due to the latest installed components, such as the electronic fuel injection system. Faster adoption of electric vehicles and recent launches of powerful and efficient two-wheelers, such as the Bajaj Chetak electric scooter and Hero Electric Optima scooter, may hinder the market growth in India and China, where the electric vehicle adoption rate is very high.

Asia-Pacific dominates the market, and the region is expected to witness the fastest growth rate during the forecast period.
In Asia-Pacific, the Indian motorcycle market has been the largest in the world since 2016, with the presence of major manufacturers, such as Hero, TVS, and Honda. With the social advancement of women and growing demand for comfort and convenience, demand for scooters has been continually increasing, as they are convenient. Additionally, the premium price market segment for mid- and large-sized motorcycles is also expanding, owing to a growing demand for high-performance and cruiser bikes.

The 2-wheeler fuel injection system market is a fragmented one, with major players, such as Continental AG, Delphi, and Robert Bosch, holding significant market shares. In August 2019, Delphi announced its plans to bring new fuel injection technology in production, which may raise the fuel pressure from 350 bars to 500 bars. This may increase engine efficiency and decrease the particulate emission by 50% in selected vehicles.